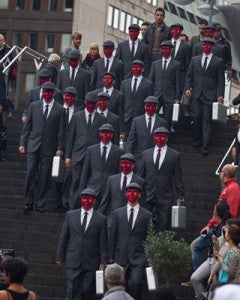 will return to the airwaves tomorrow night for the first time since it was announced that the series will have a full run of 22 episodes on ABC this year.

That announcement came just before New York Comic Con, where they intimated that it's possible there will be a female Marvel hero coming to the small screen--maybe emerging from Agents of S.H.I.E.L.D.

In the clip below, which runs over three minutes, we see that in the Marvel Universe, people will go to some pretty impressive lengths to keep something secure--or to steal it. It's clearly the setup for the episode, and it leaves a lot more questions unanswered than it gives answers. Nevertheless, it's got a kind of neat hook to it and it looks like we might have a new metahuman in the mix.

Agents of S.H.I.E.L.D.: New Clip Released From Next Episode