"America's Got Powers," the new reality tv-meets-superheroes comic book series from Image Comics, just had its first issue sell out on the distributor level.  A second printing has begun. Created by TV personality and comic book writer Jonathan Ross (TURF) and artist Bryan Hitch (The Ultimates, The Authority), "America's Got Powers" looks to be capitalizing on the popularity of entertainment reality shows.  In the series, a show called 'America's Got Powers' is the most successful TV show on earth.  It's a reality show that features a generation of super-powered teens who struggle to prove their worth while the whole world watches. The reprint will hit shelves May 9th, while "America's Got Powers" #2 follows a week later. 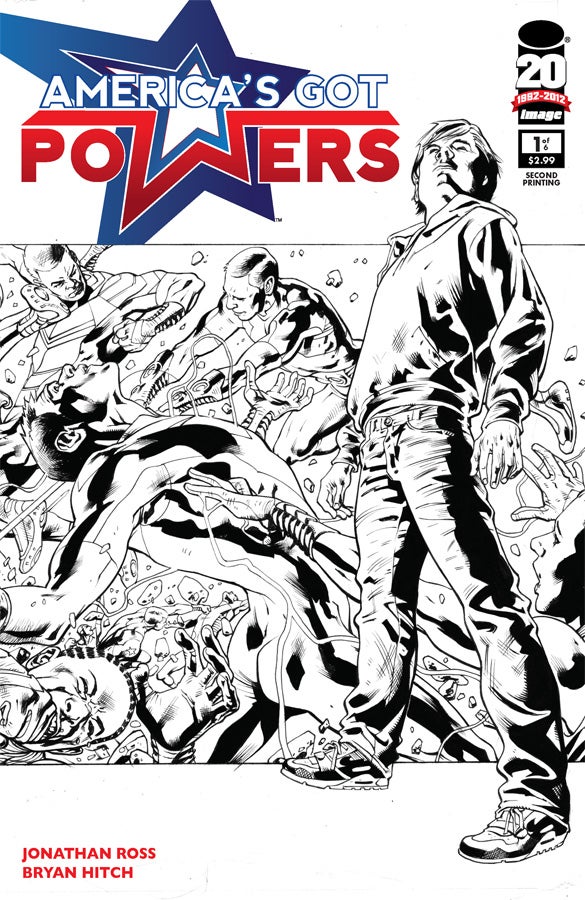 America’s Got Powers Gets 2nd Printing