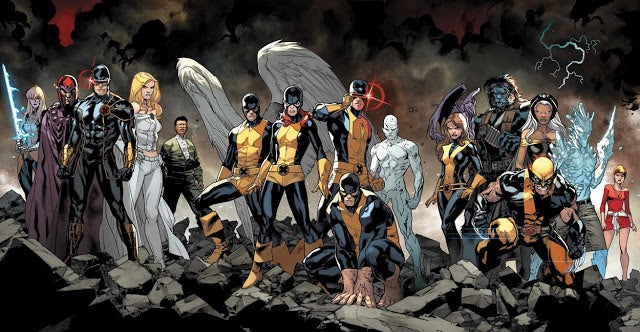 Being a geek is rarely easy.

For many of us that simply goes without saying.

Sometimes we forget that being the parents of geeks can often be a challenge, especially if they aren’t geeks themselves.

As a child of the eighties, The Masters of the Universe and the Princess of Power were not simply cartoon shows but a way of life for me.

Given that these cartoons reinforced many of the same morals and values that she instilled me, my Mother could always rely on the fact that I would listen to He-Man and She-Ra when it didn’t seem like I was listening.

Watching her son voraciously consume practically any novel or movie that featured a superhero or magic, my mother would realize that speculative fiction was no mere hobby or a phase that I would eventually outgrow.

As time passed, dynamics began to shift. The stigma grew for all things sci-fi/fantasy and its fans.

While it may not seem like a big deal now, it wasn’t long ago when Dungeons & Dragons was being unjustly equated to devil worship by televangelists. On top of this, the comic book industry took a very dark and nihilistic turn during the 90s. Many titles were rife with over-the-top graphic violence and highly sexualized content.

With all of this, it’s understandable that any responsible parent would have concerns about a medium/culture/hobby that 1) they’re unfamiliar with and 2) being presented (by themselves or others) in a less than flattering manner. From their perspective, it’s understandable that parents would have serious misgivings about their child being involved in anything that could have a corrupting or harmful influence.

Over the years I’ve learned that the best thing about being a geek is sharing something that brings you joy with the people around you. Even if they don’t become fans themselves, they’ll at least appreciate what makes these interests special.

And what’s the holiday season if not an opportunity to share said joy with the people in your life?

That tradition unofficially began when Mother and I were doing some last minute shopping one Christmas Eve at Walmart. While scoping out some of the new video game consoles, I introduced her to the world of Street Fighter 2.

Mother was victorious in her first arcade game when my controller malfunctioned.

That’s correct. My controller malfunctioned because even to this day, no power in this world or the next will ever make me admit the possibility that I got trounced by my mom in Street Fighter 2.

While home from college one Christmas break, Mother and a friend of hers were discussing X-Men and my Mother’s friend had concerns about the influence “those stories” could have on children. When I explained to them that X-Men is in fact an allegory to the Civil Rights movement and the 90s Fox cartoon enlightened young minds to the evils of bigotry, both were silent and amazed.

Another Christmas, I was treated to one of the best gifts ever I’ve ever received: an action figure set featuring the original crew of the Star Trek Enterprise.

It wasn’t the gift itself but what it represented. My Mother couldn’t tell you the difference between Star Trek and Star Wars, but it was a gift showing her support and acceptance of something that’s consistently proven to be a pretty significant part of my life. Definitely a turning point for a parent who was worried about her child being influenced by a bad element.

Truth is while she may not have always understood my interests in books and movies about superheroes, ninjas, aliens or wizards, she trusted her son enough to allow him to find his way. That’s true for a lot of parents of geeks. It’s definitely something to be acknowledged. In my case, my Mother and I bonded as a result.

These days that tradition continues. She’s usually the one dropping me off and picking me up from the airport when I appear at sci-fi cons. As someone who usually attends movies solo, it wasn’t an accident that she just happened to be with me when I saw my two favorite films, last year: Fast & Furious 6 and G.I. Joe: Retaliation. The Upkins Household are staunch supporters of all things Vin Diesel and Dwayne ‘The Rock’ Johnson.

Given that both actors will be appearing in Furious 7, not to mention the promising slate of films from Marvel and DC, I suspect my Mother and I will be attending the movies quite frequently over the next few years.

An Ode To The Parents Of Geeks