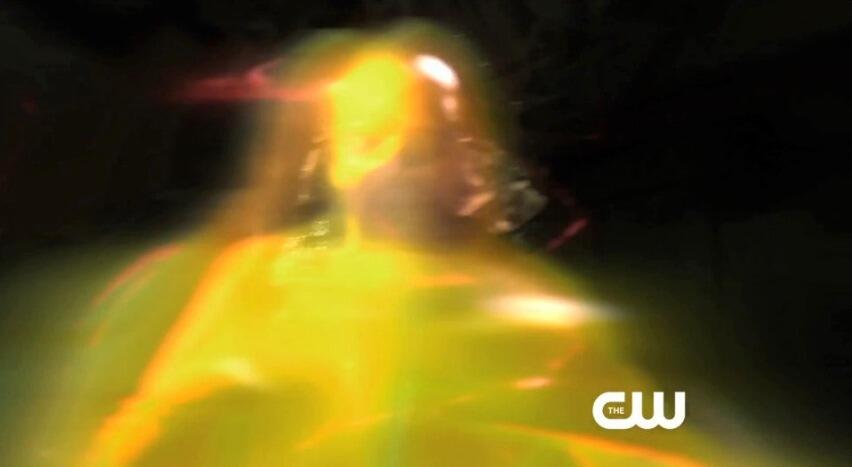 Since he was first teased in The Flash's series premiere, The Reverse Flash's presence has loomed as a mounting threat to the show's characters and an ongoing tease to its viewers.

But both parties will finally come face to face with Professor Zoom in December 9th's episode of The Flash: "The Man In The Yellow Suit." Series executive producer Andrew Kriesberg teased Zoom's impending arrival  to Entertainment Weekly, dropping several Reverse Flash Facts on what his debut will entail.

For starters, The Reverse Flash himself will reveal to Barry that he murdered Norah Allen, sending the Flash's world into a tailspin. But while the Flash and the Reverse Flash will finally confront one another the mid-season finale, Kriesberg said that Barry will come no closer to discovering his nemesis' true identity. Like Barry, Reverse Flash will vibrate his face and vocal chords so that the show's cast--and viewership--can't identify him.

But what about series regular Eddie Thawne, the live-action interpretation of the Reverse Flash's alter ego, Eobard Thawne? Both Kriesberg and Flash actor Grant Gustin said that fans shouldn't gravitate towards the easy answer so readily, teasing that The Flash will both "meet" and "subvert" fan's expectations.

"We're always treading this fine line of trying to bring something new, honoring what's always been done and turning it into this brand new thing," Kriesberg told EW.

Added Gustin: "I've heard so many theories surrounding Reverse Flash that are all interesting…Anyone who thinks they know what's going on is wrong. I'm in the in and I thought I knew, but Andrew told me and I was like, 'Holy crap.'"

Regardless of any Reverse Flash revelations, Kreisberg promised that Flash and arch-nemesis will trade serious blows in the mid-season finale—in a stadium, at no less. While The Flash has sparred with plenty of meta-humans so far, we're expecting this to be the show's biggest superhero slugfest yet.

PlayStation Days of Play 2022 Sale Is On: PS5 Restocks and The Best Deals