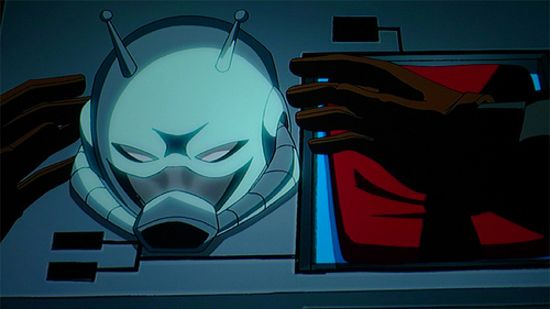 Moments after Marvel Studios announced that Michael Douglas will play Hank Pym and Paul Rudd will be Scott Lang in the upcoming Ant-Man movie, the film's director Edgar Wright tweeted out a link that proved he's had his mind made up on just which Ant-Man would be the film's lead...since 2006.

In an interview with Superhero Hype done years before Marvel Studios officially announced the film at 2012's San Diego Comic Con International, Wright told an interviewer that he'd like to have an older Pym "crossing paths" with Lang, who it sounds will not be taking over in an exactly official capacity, per se.

"Well, the thing is that what we want to do, the idea that we have for the adaptation is to actually involve both [characters]," Wright told Superhero Hype in 2006. "Is to have a film that basically is about Henry Pym and Scott Lang, so you actually do a prologue where you see Pym as Ant-Man in action in the 60's, in sort of Tales to Astonish mode basically, and then the contemporary, sort of flash-forward, is Scott Lang's story, and how he comes to acquire the suit, how he crosses paths with Henry Pym, and then, in an interesting sort of Machiavellian way, teams up with him. So it's like an interesting thing, like the Marvel Premiere one that I read which is Scott Lang's origin, it's very brief like a lot of those origin comics are, and in a way, the details that are skipped through in the panels and the kind of thing we'd spend half an hour on."

I spill the beans on Pym & Lang… in 2006. RT Exclusive: Edgar Wright Talks Ant-Man https://t.co/l362kGSeHJ (@EDouglasWW had the scoop)

Attack on Titan Creator Responds to Criticism Over the Finale