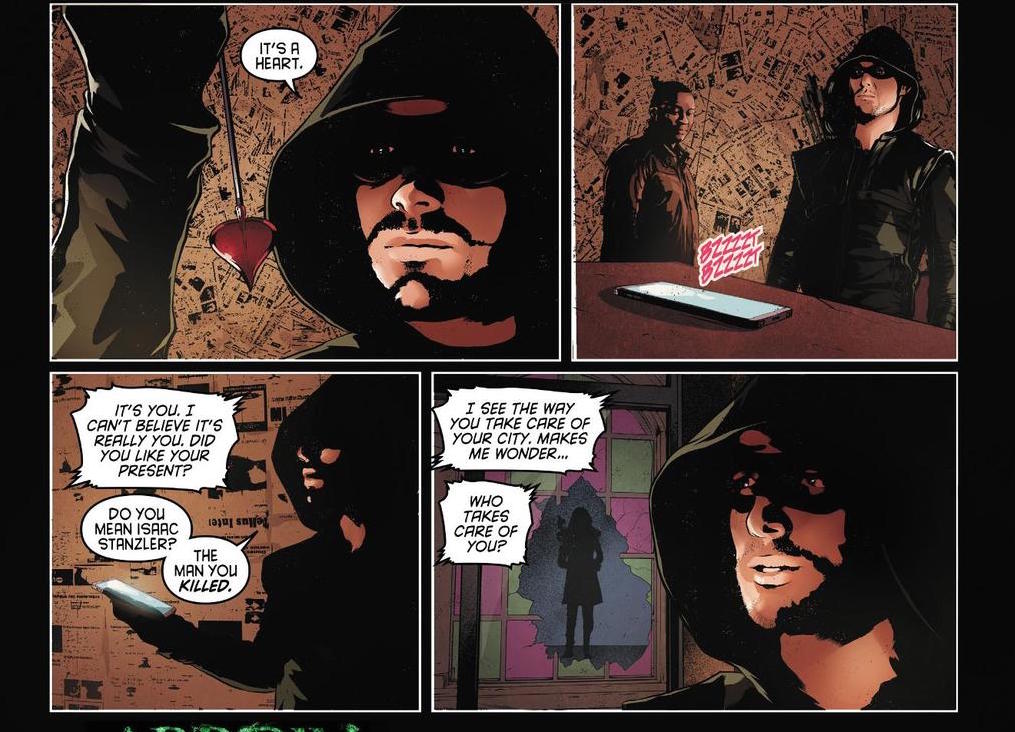 Released via the series' Twitter feed, the mini-comic sees Arrow and Diggle investigate Cupid's Starling City hideout. As the two rummage through Cupid's belongings, they discover that she isn't just any old copycat vigilante, but an obsessive fan of The Arrow.

Cupid made her live-action debut at the end of last week's episode, killing Ted Grant's former partner, Isaac Stanzler, and two police officers. In the comics, Cupid debuted in "Green Arrow/Black Canary #15" in—ahem—February 2009. Also known as special operative Carrie Cutter, Cupid was a special operations soldier who underwent genetic and psychological programming that made her "fearless." As a side-effect of the procedures, Cutter's other emotions—including love—were heightened to the extreme. When her travels brought her to Star City, she encountered Green Arrow and became obsessed with him. 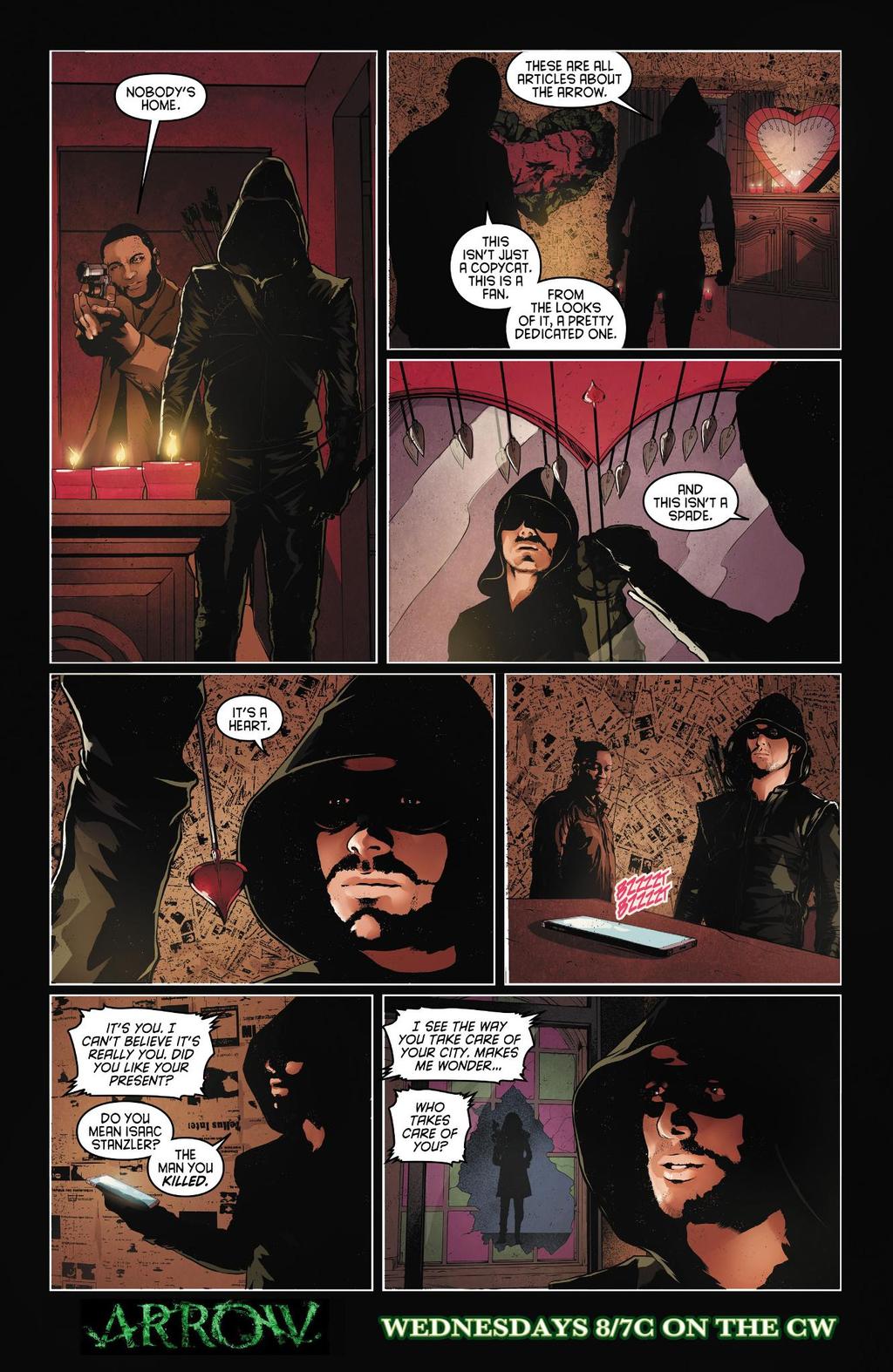