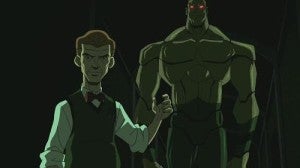 Professor Anthony Ivo, who in the comics is the creator of the Amazo android that can mimic the powers of the Justice League, will join the ever-growing DC Universe cast of Arrow this season. The character will be played by Dylan Neal, best known for his turn as Pacey's father on Dawson's Creek, has more recently starred in Percy Jackson and the Olympians. According to ScreenCrush, who broke the news, the character will be "a brutal but ruthless scientist who will stop at nothing to unearth a breakthrough that dates back to the latter days of World War II. Neal's Ivo will appear in a four-episode arc beginning with episode 5, 'League of Assassins,' with the potential to recur in later installments." 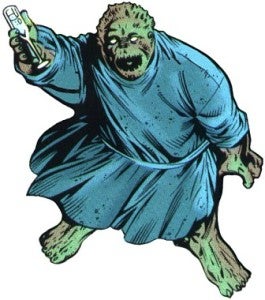 That episode's title has changed a few times along the way, but it is being closely watched as the involvement of the League of Assassins could suggest the involvement of Ra's al Ghul and, down the line, a connection therefore to the upcoming Gotham series on FOX. Amazo, meanwhile, could be an interesting villain to use in the forthcoming Flash series, which is spinning out of the events of this season of Arrow. While Ivo's appearance has changed a lot over the years, one thing is common to almost all of them: Neal may become disfigured by the end of the story. Generally he's a pretty grotesque character. Ivo is often seen to be working with Dr. T.O. Morrow, another Justice League villain, especially in the post-Crisis era. There's no indication yet that Morrow will be added to Arrow, but if he...can Red Tornado be far behind?