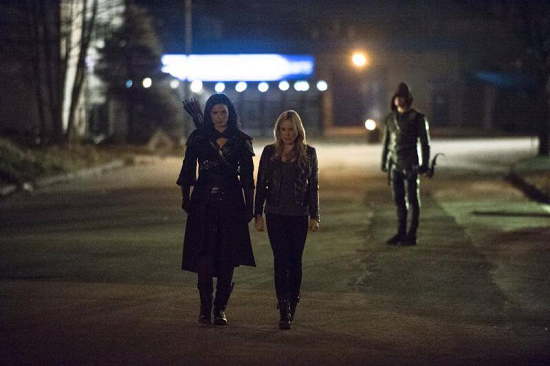 Late last night after his Super Bowl prediction was proven right in spectacular fashion, Arrow star Stephen Amell took to Facebook to gloat a little bit--and to share a new image from Wednesday's new episode, titled "Heir to the Demon." "I don't always predict games correctly," joked Amell. "But when I do, it's the biggest game of the year." He then shared the above image, featuring Black Canary and Ra's al Ghul's daughter Nyssa Raatko with Arrow in the background, challenging fans to add a caption to it. Our favorite, so far? Camila L. Santos's caption, which reads, "'My name is Oliver Queen. For five years...' 'He always does that--just keep walking.'" Arrow: "Heir to the Demon" will air Wednesday at 8 p.m. EST on The CW.