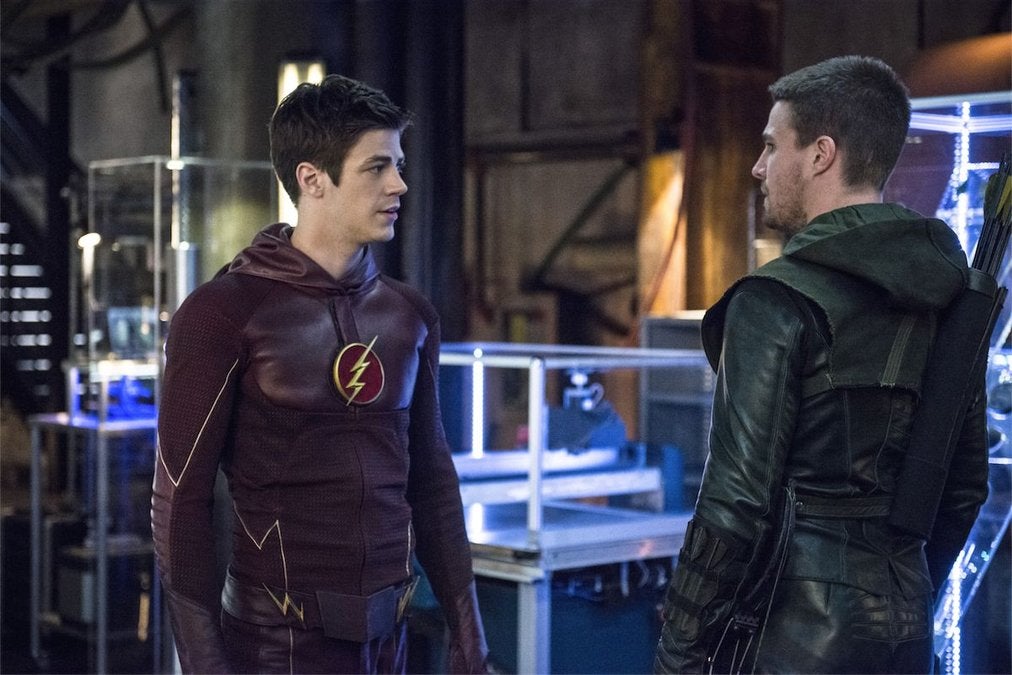 You can never go too big!

That was the theme at a recent Arrow vs. Flash panel where the cast and crew of both shows answered fan questions and discussed the recent crossover episodes.

During the panel it was announced that Victor Garber will be guest-starring on The Flash as the other half of superhero Firestorm and Andy Mientus will be appearing on the freshman superhero series as the villainous Pied Piper.

In its third season, Arrow is the story of billionaire playboy Oliver Queen (Stephen Amell) was missing and presumed dead for five years before being discovered alive on a remote island in the Pacific. He returned home to Starling City, bent on righting the wrongs of his family and fighting injustice. To do this, he creates the persona of Arrow – a vigilante – and allies himself with former military man John Diggle (David Ramsey) and computer science expert Felicity Smoak (Emily Bett Rickards), while keeping his secret from those closest to him.

With 4.5 million viewers, The Flash has quickly become one of TV’s biggest breakout hits. After a particle accelerator causes a freak storm, CSI Investigator Barry Allen is struck by lightning and falls into a coma. Months later he awakens with the power of super speed, granting him the ability to move through Central City like an unseen guardian angel. Though initially excited by his newfound powers, Barry is shocked to discover he is not the only “meta-human” who was created in the wake of the accelerator explosion – and not everyone is using their new powers for good. Barry partners with S.T.A.R. Labs and dedicates his life to protect the innocent. For now, only a few close friends and associates know that Barry is literally the fastest man alive, but it won’t be long before the world learns what Barry Allen has become...The Flash.