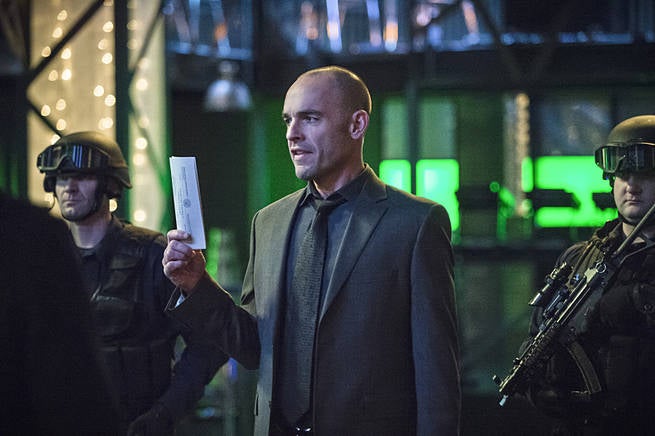 On tonight's episode of Arrow, Paul Blackthorne's Captain Quentin Lance will continue his quest for his version of justice against Oliver Queen, whom he wants to arrest for crimes committed as The Arrow.

Of course, we've seen this song and dance before; in the first season of Arrow, Lance had a fierce hatred of both Queen and The Arrow, declaring the latter a public menace and the former the cause of his daughter Sara's death. As the character himself noted on the last episode that aired, things seem to have come full circle in that regard.

Blackthorne joined us to talk about the character's past and future, why he's "more balanced" now and whether he really knew who Oliver was all along. 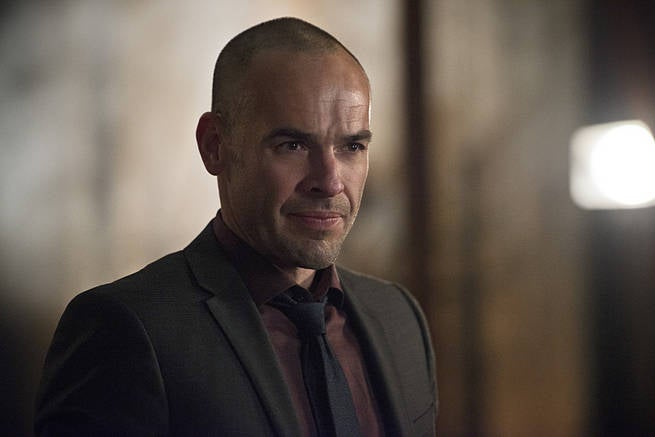 Earlier in the season, you were a bit more in the background, but now you're pulling a lot of the focus. Is that more fun for you, or is it just a different experience?

Obviously from an acting point of view, the more one has to do on whatever level, the more interesting that is. But one appreciates the aspect of storyline. It's a long-running show now, so different characters are going to come in and out at different times.

Of course, in the latter half of the season, Lance is featured more with this storyline with Laurel and Sara's death and now leading up to his pursuit of The Arrow and Oliver Queen. I've had a really enjoyable time looking into the different aspects of the character and obviously, as Lance was working with Arrow, he became quite sympathetic to a lot of people but clearly at the moment, he's very much working against him.

I like the fact that what the writers come up with is the kind of variety that happens in real life. That's the thing about long-running television is that you can explore different aspects of characters and as  human beings, sometimes we do good things, sometimes we do bad things. Oliver Queen has done that and Lance has done that and Laurel has done that -- and it's wonderful that at times it's like "Oh, Lance, he's such a great guy," then it's like "Lance, stop being a dick!"

From an acting point of view, it's great to explore characters that have all those different aspects of their character. 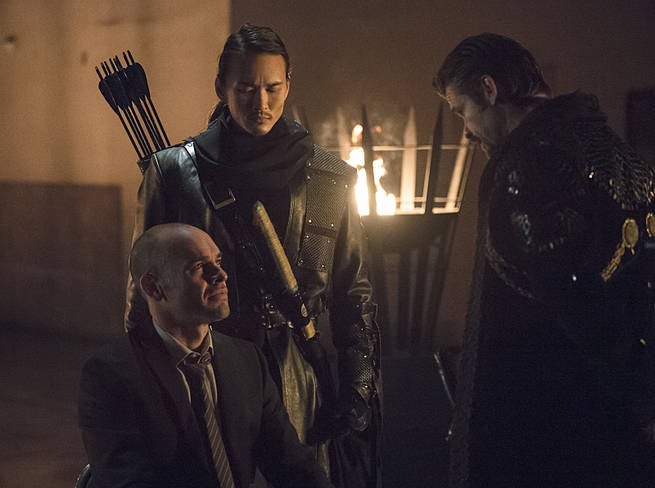 The last time we talked, I asked whether you thought Lance knew who The Arrow really was, in his heart of hearts. Do you think that played a part in why he so readily accepted Ra's al Ghul's claims?

Yeah. At that stage, Lance was harboring a lot of anger towards The Arrow for withholding the news about Sara's death. Arrows are flying in Starling City, people are being murdered, and when Ra's al Ghul disclosed that news to Lance, although it wasn't new news to Lance because up until that point, yes of course he had suspected Oliver Queen could be the Arrow but he was prepared to let it go because he was doing right by the city.

But at this stage, where his arrows are now seemingly killing people, he's pretty angry at him for not telling him about his daughter and then somebody says definitively, "Yeah, he's the Arrow," that was the moment where the doors could just open and go, "Yeah, I'm going after this guy." Because he's a murderer, a suspected murderer at that point, taking out the mayor and everybody else that was dropping like flies. So it just sort of opened the floodgates, really, for Lance to jump on that.

And just because Roy Harper has decided to take the fall as The Arrow, that's not going to stop Lance's pursuit of Oliver Queen in the upcoming episodes because he knows darn well he's the Arrow. Like I said, he's suspected it all along, but now it's absolutely confirmed. He's going to take this guy out and he's not going to have a young lad like Roy Harper take the fall for it. So he's continuing his pursuit of Oliver Queen hard and fast. 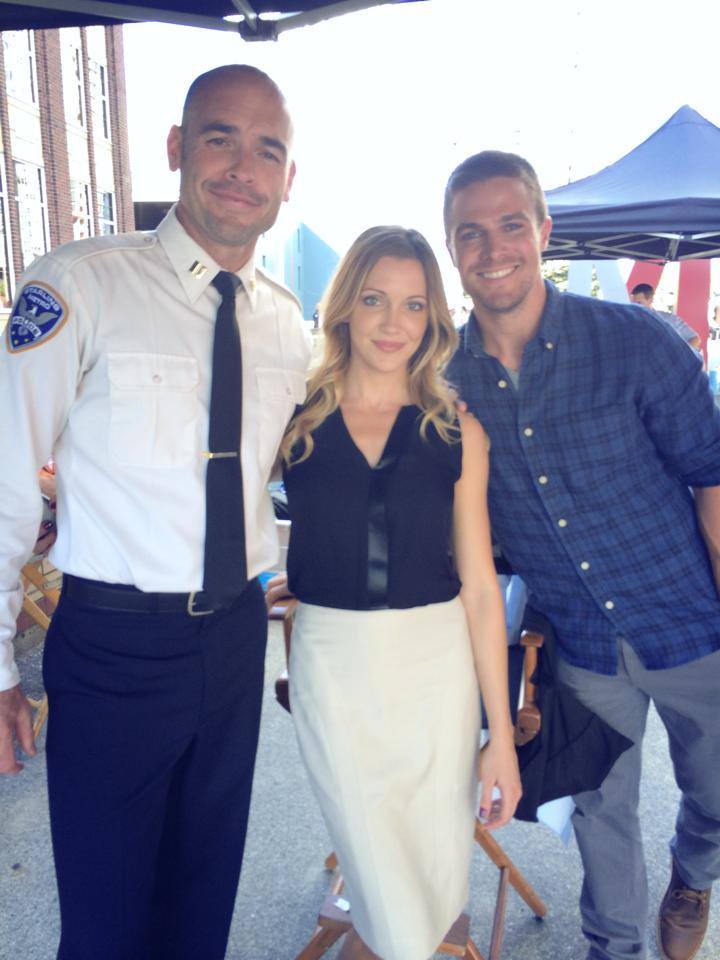 As your character noted in the last episode, you've come full circle in a way. What are you doing to distinguish your performance in Season Three from Season One, and acknowledging the character's growth since the last time you were saying basically the same lines?

Well, I think in Season One, Lance was more ragged. He was drinking and he was openly fueled by anger, revenge, resentment and alcohol. Since then, Lance has cleaned up, he's a respected cop now, and he's become a captain. For the sake of Starling City and the bigger picture, he stood up for The Arrow as something positive for the city, which is ultimately what got him to being captain in the first place, and even as captain he was prepared to work with the Arrow -- again, for the good of the city.

So he's coming from a much more grounded, authentic, balanced place now, with his relationships. And he's entrusted himself with The Arrow. I think because it's coming from such a different place than the ragged, alcoholic Season One Lance, I think that's why the betrayal hurts even more for Lance, that The Arrow would do this to him now, seemingly.

I think that it's a stronger, more resilient, seemingly more balanced Lance that's pursuing Oliver Queen now -- however, there is some aspect of it echoing Season One Lance in that there is that visceral element of Sara's death that's crept back into it and even though he's a better-standing man than he was in Season One, the effect of Sara's death has tainted him a bit.

In terms of being the same character with similar objectives, it's a different guy, does that make sense?