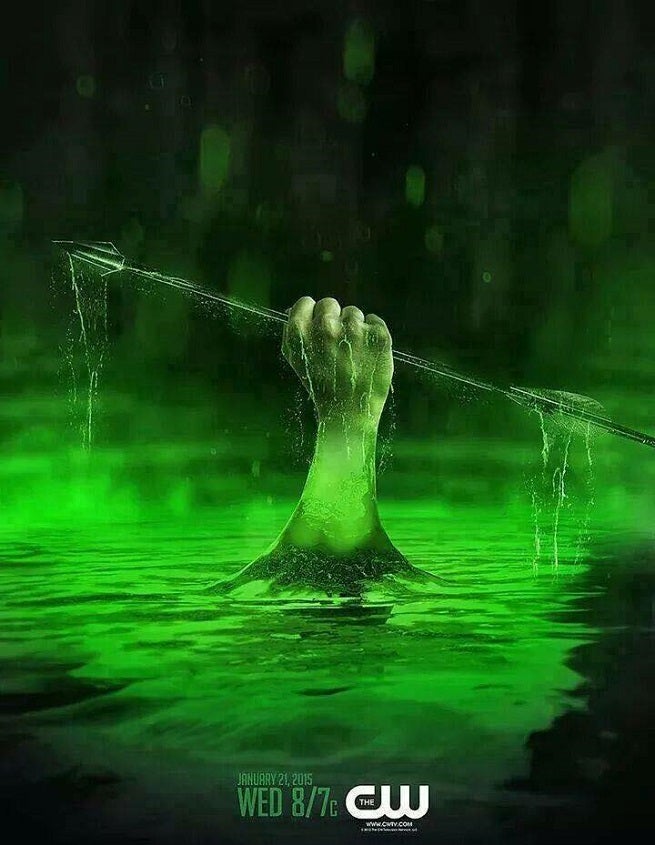 Did Stephen Amell go on Facebook and confirm that his character on Arrow will be resurrected using the Lazarus Pit?

Well, no. But the image above -- a popular fan poster that's been making the rounds for the last week or so, has a lot of people buzzing after the actor shared it to his Facebook page with a caption that called Arrow fans "clever."

That's all he said, though: "We have very clever fans." Fans in the comments, predictably, took it as a confirmation, mostly because they've been expecting as much anyway. Amell, though, has been uncharacteristically quiet on social media since the midseason finale when he joked "It was a good run."

For those who don't know, in the comic book source material, a Lazarus Pit is a naturally-occuring phenomenon in the DC Universe: basically a natural spring infused with a chemical mix that rejuvenates the injured, keeps people young and the like. Ra's al Ghul is the most frequent user of the pits. 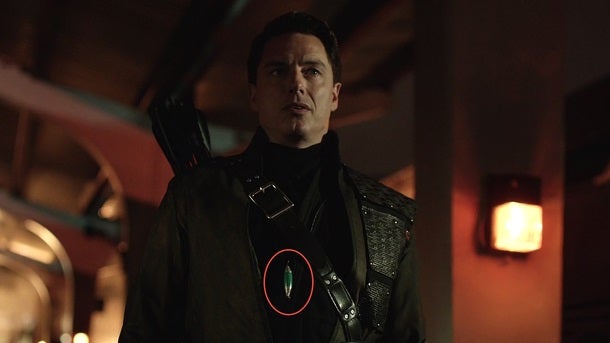 Of course, it's distinctly possible that Oliver really will be resurrected via the Lazarus Pit. Eagle-eyed fans have pointed out that in last year's episode "Streets of Fire," Malcolm Merlyn appeared to have a vial of green water on his person. Since he'd recently returned from the "dead" at that point, many fans took it as a sign of things to come.

It's also been noted that during Oliver's battle with Ra's al Ghul on a frigid mountaintop, it appeared as though there was steam coming from somewhere in the background, perhaps a sign of the kind of natural spring that could signal a pit was present.

But the poster isn't official and Amell didn't say as much as fans want to think he did...

...Unless that really is what he meant, of course.

Could it show up on Arrow? For a long time, fans and critics have said no. The show is too "grounded" and "realistic" for things like the Lazarus Pit. The presence of the Mirakuru soldiers made some question that notion, though, and this year's crossover with The Flashshows that the series is open to the fantastic.