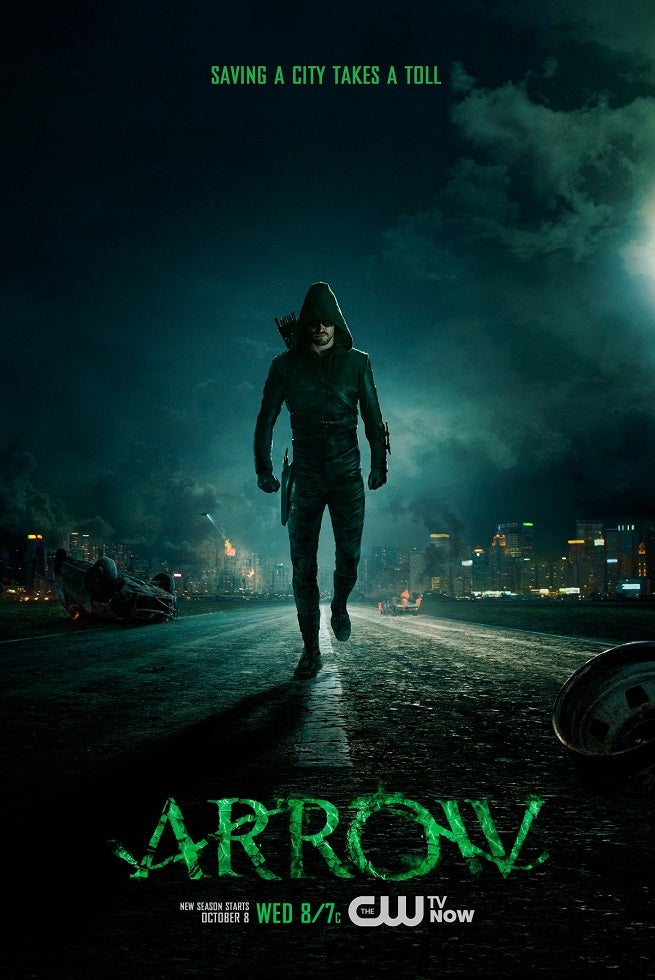 Earlier today, Arrow star Stephen Amell took to social media to talk to fans about the show's season premiere, which featured a surprising and -- for some viewers -- upsetting twist ending.

Spoilers ahead if you haven't seen the episode, obviously.

The week's episode ended with Caity Lotz's Sara Lance -- the Canary -- being shot with a number of arrows and stumbling backwards off a roof to her death.

Here's what Amell had to say on the matter:

It was incredibly difficult losing Caity Lotz from the show. She and I worked together as much if not more than anyone else throughout Season 2. She fit in seamlessly and elevated the show while helping everyone believe that we could introduce a fully formed superhero. Can't say enough nice things about her... can't wait to see what she does next! Still mad she wouldn't spill plot details from Mad Men to me.

This weeks episode is a fitting tribute to her characters contribution. You're going to love it.

Of course, Lotz is contracted for at least two more episodes, and will feature in at least one flashback episode in addition to playing a corpse on Wednesday's "Sara." So fans haven't seen the last of her just yet.