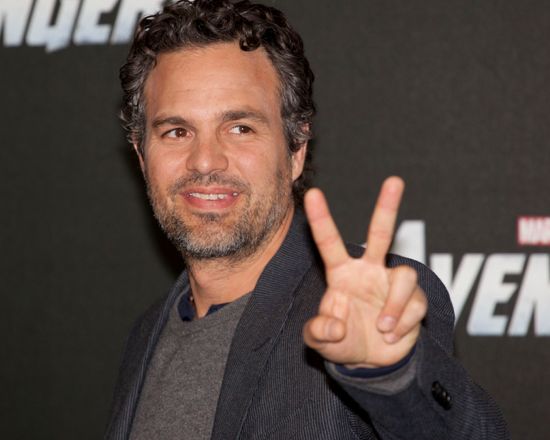 During a recent interview with Total Film at the Sundance Film Festival, actor, filmmaker and activist Mark Ruffalo--that's the latest incarnation of Bruce Banner to comic book movie fans--told the site that he sees working on a massive franchise like The Avengers as a perfect opportunity to use his work and art to educate viewers regarding the environment, and that he'd like to try a Hulk standalone movie wherein some of those themes could be explored.

"As artists we have an ability to reach a lot of people in a deep way, and we have a responsibility," Ruffalo said. "What we have to do as storytellers is to take science and make it relatable. I think we have to tell the story of the positive & what we're going to try to do. Give them alternatives but don't make it a polemic."

Ruffalo has put his money where his mouth is in the past, splitting his time and even his movies between serious, often political work and lighter, often more disposable box office bait. 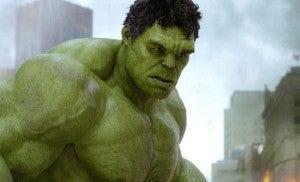 It's not, though, something you're going to see play out in Avengers: Age of Ultron, a film in which ultimately Bruce Banner is only a small cog in the machine.

"I'm in The Avengers, but if you took my screentime it would come to about ten minutes, along with the 12 other people I'm sharing the screen with, so my input's kind of limited on that," Ruffalo acknowledged. "But if we get to a standalone Hulk movie, I'll have a much better chance to do that. I'm just learning now how to find my voice and bring it into the studio world."

The Incredible Hulk franchise is already one that's "gone green"once--when Marvel made their 2008 film The Incredible Hulk, starring fellow environmental activist Edward Norton, the film participated in an environmentally-friendly production program that helped them net tax breaks and positive publicity. Per Wikipedia:

The Incredible Hulk joined Toronto's Green-Screen initiative, to help cut carbon emissions and waste created during filming.Producer Gale Anne Hurd acknowledged the Hulk, being green, was a popular environmental analogy, and Norton himself was an environmentalist. Hybrid and fuel efficient vehicles were used, with low sulfur diesel as their energy source. The construction department used a sustainably harvested, locally sourced yellow pine instead of lauan for the sets, and also used zero-or low-VOC paint. The wood was generally recycled or given to environmental organizations, and paint cans were handed to waste management. In addition, they used; cloth bags; biodegradable food containers; china and silverware food utensils; a stainless steel mug for each production crew member; a contractor who removed bins; recycled paper; biodegradable soap and cleaners in the trailers and production offices; and the sound department used rechargeable batteries. The Incredible Hulk became the first blockbuster film to receive the Environmental Media Association's Green Seal, which is displayed during the end credits.

If he needs some help in trying to avoid polemic, maybe Ruffalo should reach out to Green Lantern (get it? Green again?) villain Tim Robbins, whose deeply political films Dead Man Walking and Cradle Will Rock have both won awards and polarized audiences.

The Other History of the DC Universe #1 Review: A Skillful Remembering of Imaginary Stories