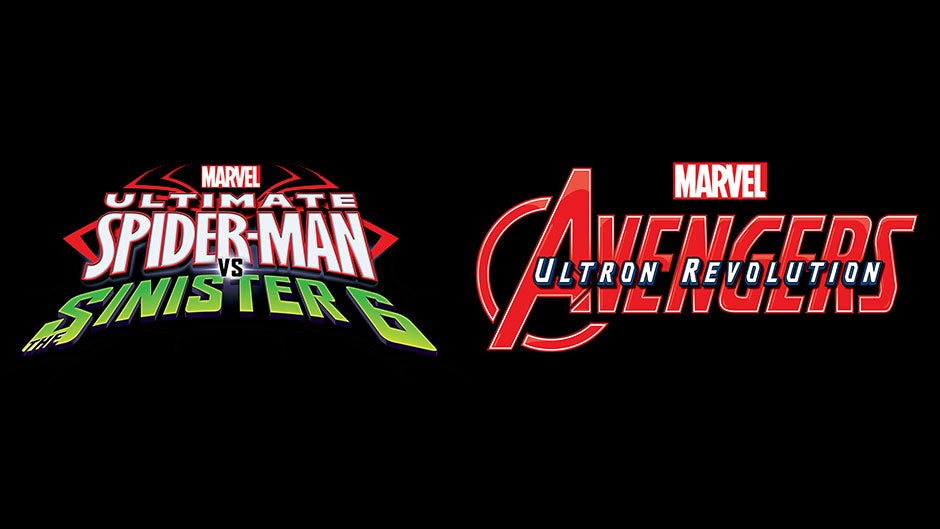 The Marvel Animated Universe continues, as Ultimate Spider-Man and Avengers Assemble will return for new seasons on Disney XD.

Each series will acquire a new surname and season branding, with Ultimate Spider-Man vs. The Sinister Six and Avengers: Ultron Revolution. Both series are currently in production with 2016 premiere date slated.

Ultimate Spider-Man Vs. The Sinister Six is exactly what it sounds like, with Spider-Man facing the combined might of Doctor Octopus, Hydra, and an all-new Sinister 6. To overcome the overwhelming odds, Spider-Man will recruit fellow heroes like Miles Morales, Agent Venom, Iron Spider, and—wait for it—The Scarlet Spider. Time to bust out the sleeveless hoodies, Marvel fans.

Meanwhile, Marvel’s Avengers: Ultron Revolution finds the cinematic villain attacking the Earth’s Mightiest Heroes on the small screen. As Ultron returns to seek revenge on The Avengers, The Avengers must also contend with the Inhumans, Kang the Conquerer, and an ominous “super hero civil war.” Good thing other upcoming Marvel Studios heroes, like Black Panther, Ant-Man, and Captain Marvel, are going the fracas to help the heroes out.

"These series have been the heart and soul of Marvel Animation for several seasons and, thanks to Marc and his top-notch crew at Disney XD, we're thrilled to bring our fans more episodes of what they've been clamoring for," Stephen Wacker, Vice President, Current Series, Marvel Animation Studios, told Marvel.com. "It's a testament to the hard work and creative effort of our production and writing teams that Marvel's animation slate continues to roll onwards and upwards."

Look for both series to return to Disney XD in 2016.