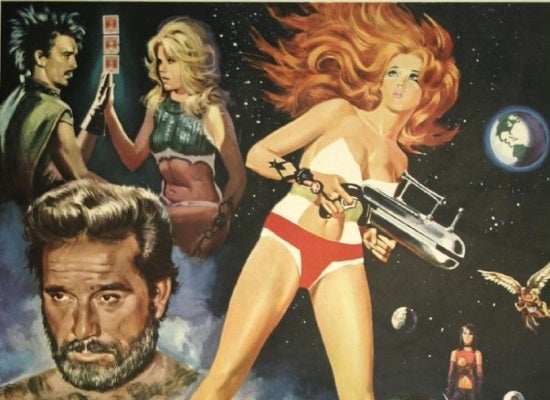 is reporting that the in-development Barbarella television series has found a home at Amazon Studios. The studio has taken on the pilot script, written by Skyfall writers Neal Purvis and Robert Wade, and is currently looking for a showrunner to take the helm of the project. Barbarella is an erotic sci-fi heroine created by French cartoonist Jean-Claude Forest. Her exploits have appeared in a number of anthology comic book-magazines, such as Heavy Metal, as well as a series of graphic novels. She's probably better known for the 1968 cult classic film adaptation starring Jane Fonda. The project, which has been in development for a year and half, is now part of Amazon's growing stable of exclusive television content, including the comedies Alpha Males and Betas.

New Avatar: The Last Airbender Game Reportedly Inspired by Breath of the Wild