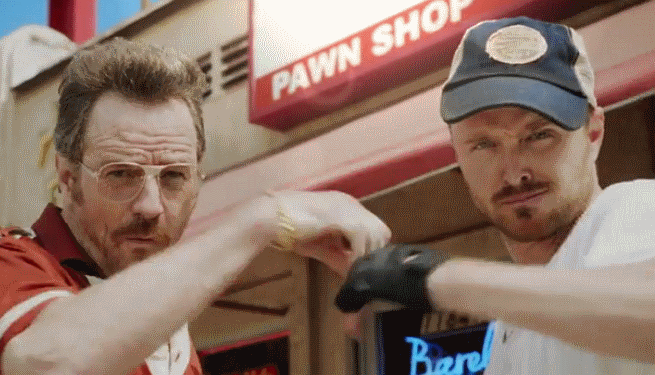 Bryan Cranston and Aaron Paul, the leads from Breaking Bad, have reunited for a video supporting this year's Emmy Awards.

The video stars Cranston, Paul, and Veep's Julia Louis-Dreyfuss, each an Emmy winner. Cranston and Paul play the shadey owners of Barely Legal Pawn, the setting of a pawn shop reality show. Dreyfuss appears on the show to sell her Primetime Emmy Award for Best Supporting Actress in a Comedy, from her years on Seinfeld.