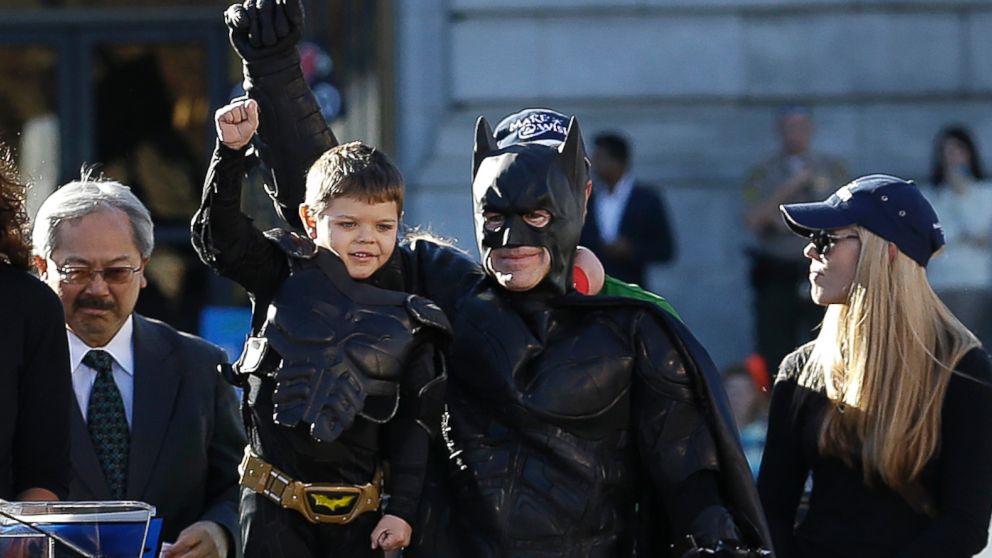 It's been a year since Miles Scott became Batkid and helped the Caped Crusader protect Gotham City. This weekend Scott met with Batman and the Penguin to commemorate the anniversary, Eyewitness News explains.

On Nov. 15, 2013, the Make-A-Wish Foundation transformed the city of San Francisco into Gotham. While 20,000 onlookers watched the event on the streets, millions watched online and via social media.

The then 5-year-old Scott had been battling leukemia for much of his life. But last year he teamed up with the Dark Knight and battled villains such as the Penguin and saved a damsel in distress.

In a private ceremony this weekend, Scott and his family met with the actors Eric Johnston (Batman), Mike Jutan (the Penguin), and the other parties responsible for making Scott's wish a reality.

Today Scott, who is now 6, is in remission and is having many of his adventures in first grade.