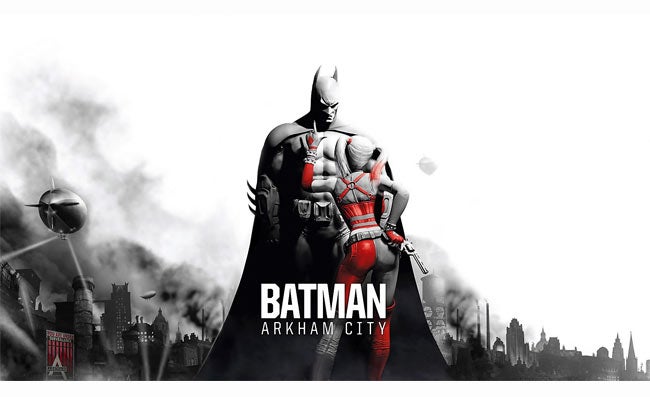 "Batman: Arkham City," the second game in Rocksteady Studios' "Batman: Arkham" video game trilogy, will be available to all PlayStation Plus member during the month of April. With the final game in the trilogy, "Batman: Arkham Knight," having just been announced, it seems like April would be a perfect opportunity for PlayStation owners to get caught up on the series for the first time, replay the game to get a refresher on the story, or make that 100 per cent completion run they always meant to try. For those unfamiliar, the PlayStation Plus subscription service provides PlayStation owners with a rotating library of free games that change every month, featuring games for the PlayStation 4, PlayStaion 3, and PlayStation Vita. This month's other games include "Mercenary Kings," "Stealth Inc.: A Clone in the Dark," and "Velocity: Ultra." "Batman: Arkham City" is an open world action video game that incorporates elements of stealth and predator tactics. All of the gadgets previously obtained in the first game are present at the start of Arkham City (with the exception of the Ultra Batclaw, which is replaced with the regular Batclaw and Sonic Batarangs). Most of them have improved or new capabilities; for example, the Cryptographic Sequencer can also track signals, the line launcher now has a feature that allows Batman to flip over and launch another zipline perpendicularly across, switching directions, the remote control Batarang now has a built in brake and boost, and the grappling gun can now be used while gliding to boost Batman further up into the air. Four additional gadgets have been revealed: smoke pellets to confuse armed enemies when spotted by them, the Remote Electrical Charge which is a sniper-like taser gun used to power generators and shock enemies, ice grenades used to freeze enemies and make pathways through water, and a balled rope for tying up enemies. The game incorporates more puzzle elements; the use of Batman's "Detective Mode", which highlights elements such as enemy skeletons and clues on-screen, is used to perform forensic activities such as tracing the origin of a sniper round. The sequel, "Batman: Arkham Knight," arrives this fall.