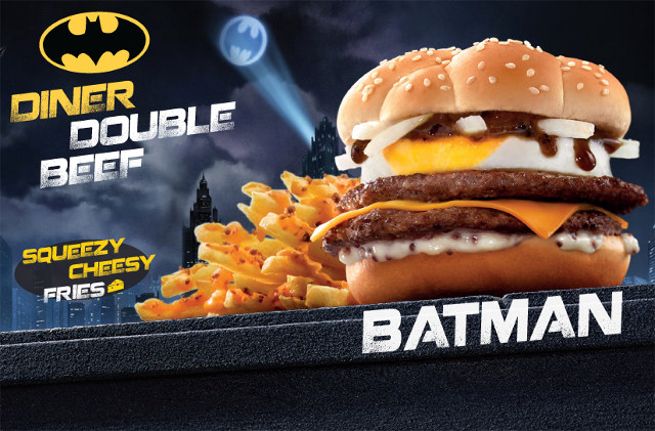 Batman is getting his own burger at McDonald's, but it's not in the United States. According to Geekologie, the Hong Kong McDonald's has introduced a Batman burger as part of a line of Justice League superhero meals.

What's more is that the Batman Double Beef burger comes with Squeezy Cheesy Fries. But just in case one wants to add something a little more healthy to their burger and fries covered in cheese, there's also sparkling green apple tea suggested as a drink. 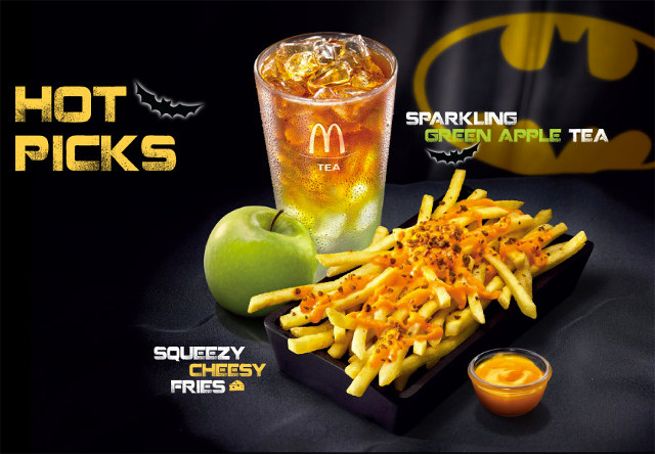 There's even a video from the Hong Kong McDonald's that promotes the Batman burger.

We can only hope that the Batman burger will make its way to the United States as a tie-in for Batman V. Superman: Dawn of Justice.

Batman Gets His Own Burger