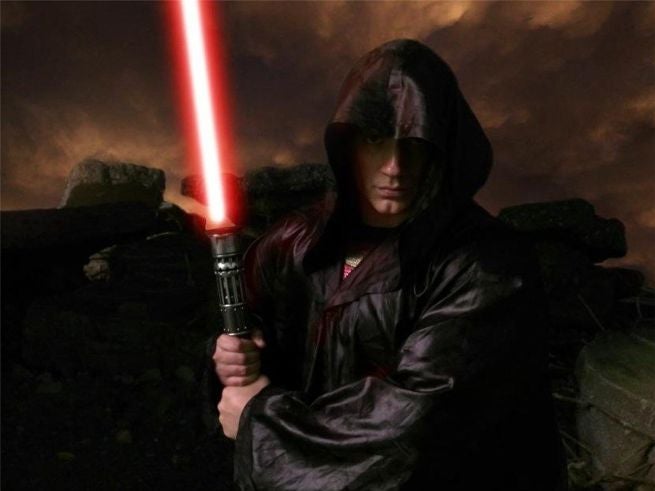 Batman V. Superman: Dawn of Justice director Zack Snyder just let out the biggest spoiler of all time or is having a little fun with comic book fans on San Diego Comic-Con Preview night.

Earlier tonight, Snyder tweeted an image of Henry Cavill dressed as a Jedi Knight from Star Wars. Snyder is weilding a lightsaber, and his Superman costume can be seen pocking out at the top of his Jedi robes.

Of course, there is no other way to interpret this than that Batman V. Superman: Dawn of Justice is crossing over with Star Wars Episode VII. Actually, while it's probably Snyder just doing his version of a Jedi mind trick, Snyder was once rumored to be in contention for a directing job with one of the Star Wars spinoffs.