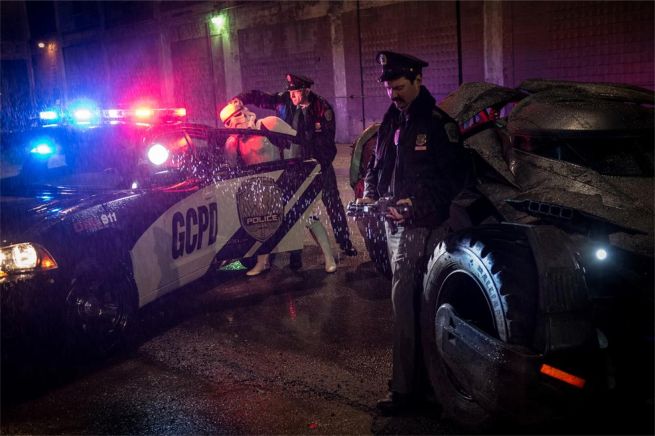 After false rumors spread online yesterday that the Batmobile had been stolen and escalated to the point of the Detroit Police department launching an investigation, Batman V. Superman: Dawn of Justice director Zack Snyder took to Twitter to poke fun at the rumors.

Earlier today, Snyder tweeted out a photo of the Gotham City Police department apprehending a Stormtrooper, who appears to have stolen the Batmobile. Along with the photo, Snyder wrote, "Case closed."

The ball is now in J.J. Abrams court. How will he respond to the alleged theft of the Batmobile by a Stormtrooper?

Netflix Likely To Raise Subscription Prices Soon According To Analyst