Batman V. Superman: Dawn of Justice is shooting in Pontiac, Michigan this weekend for what might be scenes set at Gotham City's waterfront.

A Pontiac resident posted on Reddit today that the film's crew came to his office and said that they would shoot in the building's parking lot. When asked what the production was, the crew gave Batman V. Superman's working title, "Sage and Milo."

The man also posted a picture of the set, which includes a billboard for the "Gotham Seaport." Could Batman V. Superman be heading to the sea? Check back in with the man's Reddit post over the weekend, as he said that he might check back in on the production over the weekend.

Check out the set photo below. 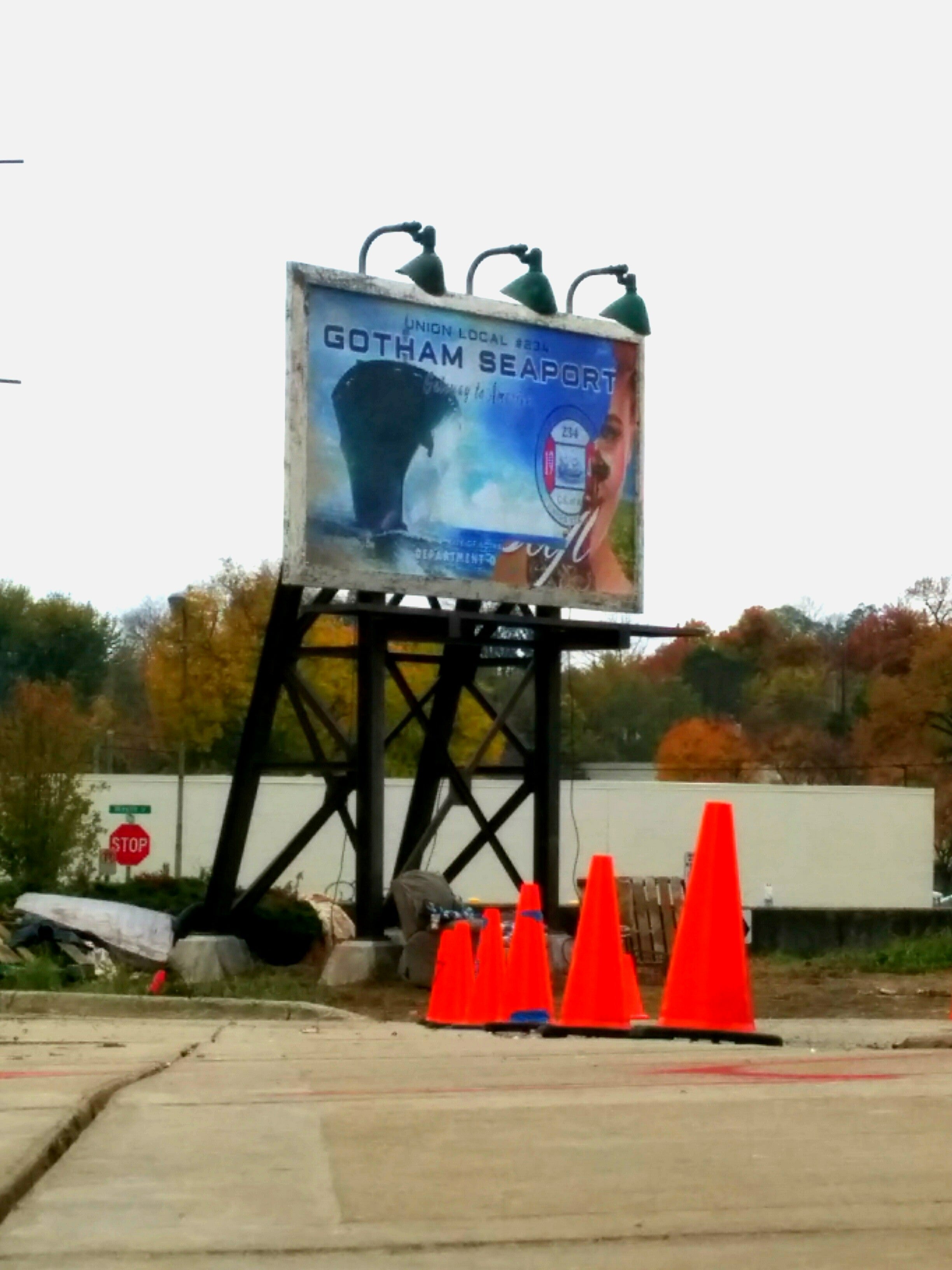 The DC Comics film has spent several weeks shooting in Michigan, specifically in the Detroit area. Pontiac is a region within Detroit.