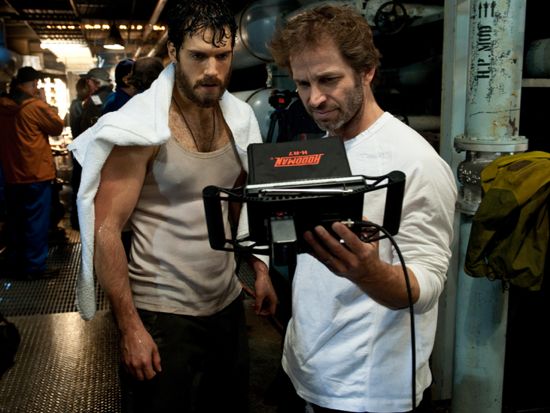 By most accounts, 2013 was a very good year to be Zack Snyder. He directed Man of Steel, which was one of the year’s biggest box office hits. Man Of Steel became the highest grossing Superman movie ever, taking in $662.8 million at the worldwide box office.

Warner Bros. was so pleased with Zack Snyder’s efforts on Man of Steel that they entrusted him with a follow-up that will pair Batman Vs. Superman. Snyder also appears to be first in line to direct an eventual Justice League movie.

However, the Man of Steel movie was not without its controversy. Some fans and critics took issue with the darker tone, massive destruction, and loss of life in the film. GQ Magazine appears to one of those that took issue with the film, as they have named Zack Snyder to their list of 25 Least Influential People of 2013.

GQ ranks Zack Snyder as the 20th least influential person of 2013 and notes, “Whenever a studio executive needs a reboot of something and his sole creative direction is ‘Make it grittier!’ Snyder is the dude they call.”

GQ takes issue with the fact that Superman wasn’t a shining light of morality in the film and brings up all the collateral damage in Superman’s battle with General Zod. A fight in which Zack Snyder estimated around 5,000 people got killed.

While GQ isn’t raising any points that others haven’t raised, to name Snyder as one of the least influential people of 2013 seems kind of odd. Whether one liked the Man of Steel or not, it’s hard to argue that Snyder’s influence didn’t grow substantially in 2013. Snyder’s future directing career had been in question after Sucker Punch, but Man of Steel brought him back into the spotlight in a big way.