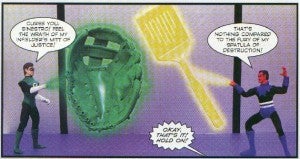 While tonight will see the debut of the Robot Chicken DC Comics Special, the comics giant was not always a big fan of the zany action figure antics of Robot Chicken co-creator Matthew Senreich.

Back when Senreich was working for ToyFare magazine, he used to do a regular feature called Twisted ToyFare (or Twisted Mego) Theatre. Basically, TTT was Robot Chicken, but in comics form.

At left, you can see their take on the Sinestro Corps War (not really, but c'mon! You know this should have been in there!).

As explained in the Twisted ToyFare Theatre Wikipedia entry:

Many early TTT strips featured several DC Comics characters, though an early strip entitled "The Super-Friends" featured Spider-man insulting the DC heroes for their ridiculousness. DC later filed a cease and desist order, preventing TTT from ever using DC characters. TTT writers not-so-subtly poke fun at this with rare appearances of "Bat-Pumpkin", a Batman Mego figure with a costume recolored to orange and purple and a pumpkin image replacing the Bat-symbol; even rarer are appearances of a similarly-altered Robin figure as Bat-Pumpkin sidekick, "Squash". At other times, Marvel characters have shushed DC references ("Ix-nay on the DC oke-jays!"), while in a Matrix parody, Mego Spidey encountered a "Crippled, web-savvy, redheaded secretary." who he mistakenly thought was the Oracle; she was quick to correct him by saying "Heavens, no! That would be too close to a DC Comics copyright infringement."

Bearing in mind, of course, that Wikipedia is not exactly the best source for all information, that's a fairly accurate retelling of the story from what I can remember, hearing it a dozen or so years ago in the Wizard offices.

What could Senreich and company have said to get DC's panties in such a bunch over a bunch of wisecracking action figures? Well, it could have been a lot of things. Heck, it wasn't always smooth sailing with Marvel, either, as they didn't love all the "drunk Iron Man" jokes. But for a more comprehensive answer, check out Twisted Mego Theatre: The Super-Friends," reprinted below in its hilarious entirety thanks to the magic of The Internet.

And yes, folks--there is an Aquaman takedown here. We'll see whether, just for in-jokes' sake, the Robot Chicken crew use almost the same words to set off ol' Arthur tonight! 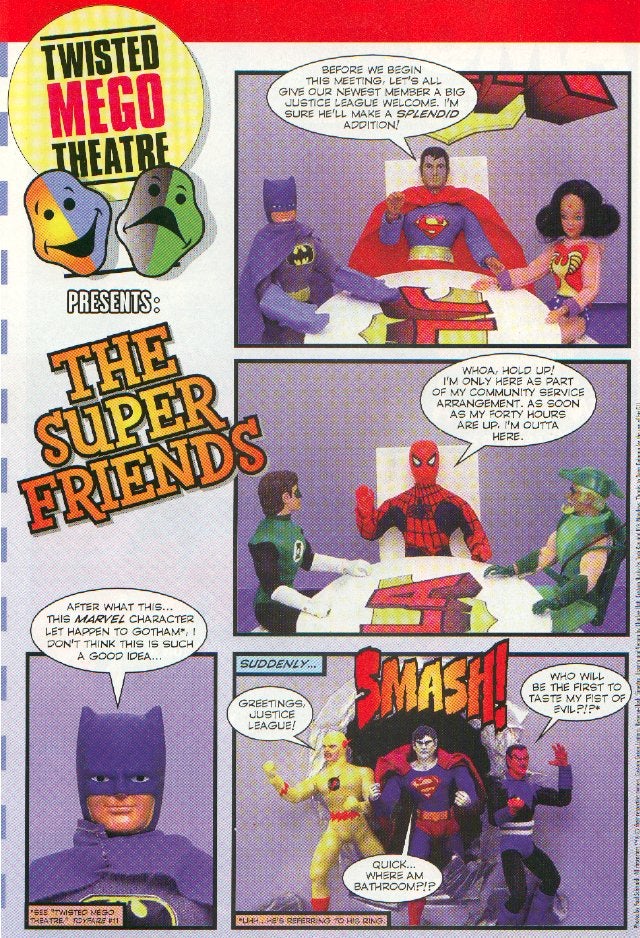 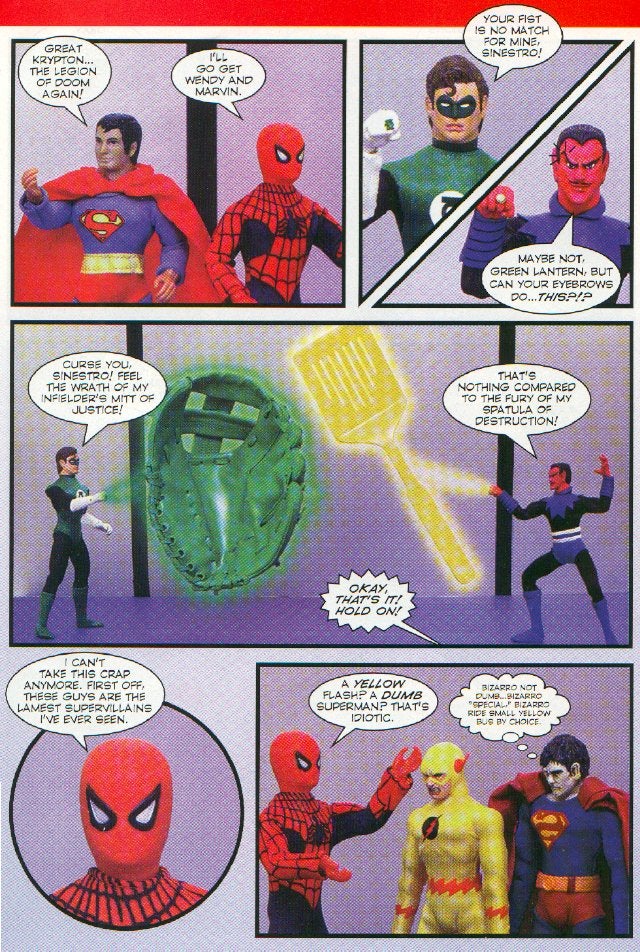 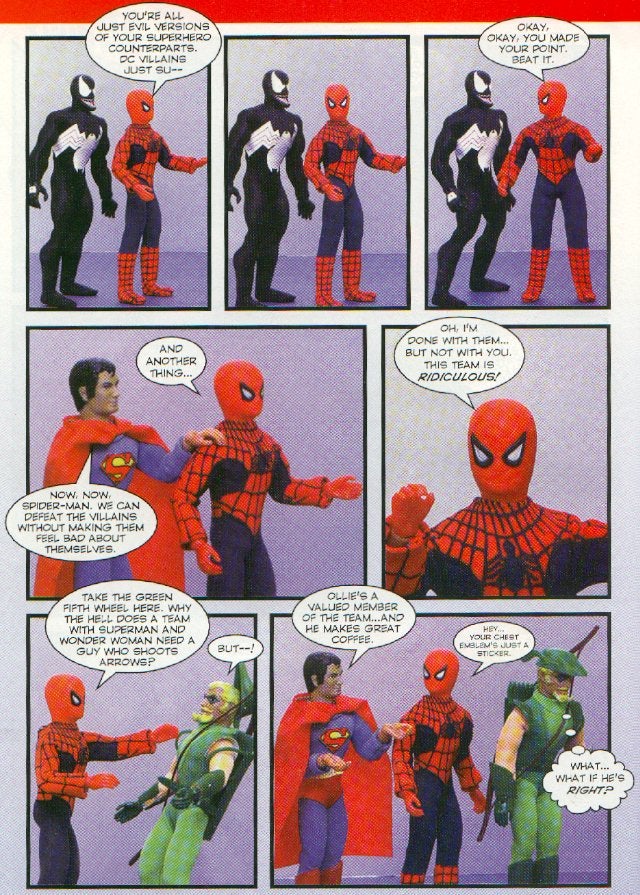 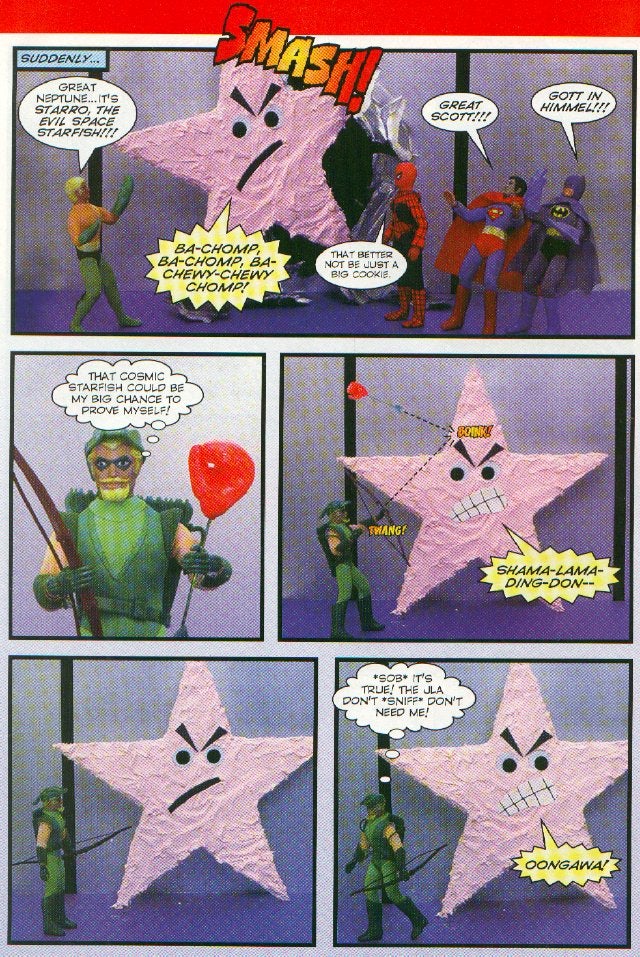 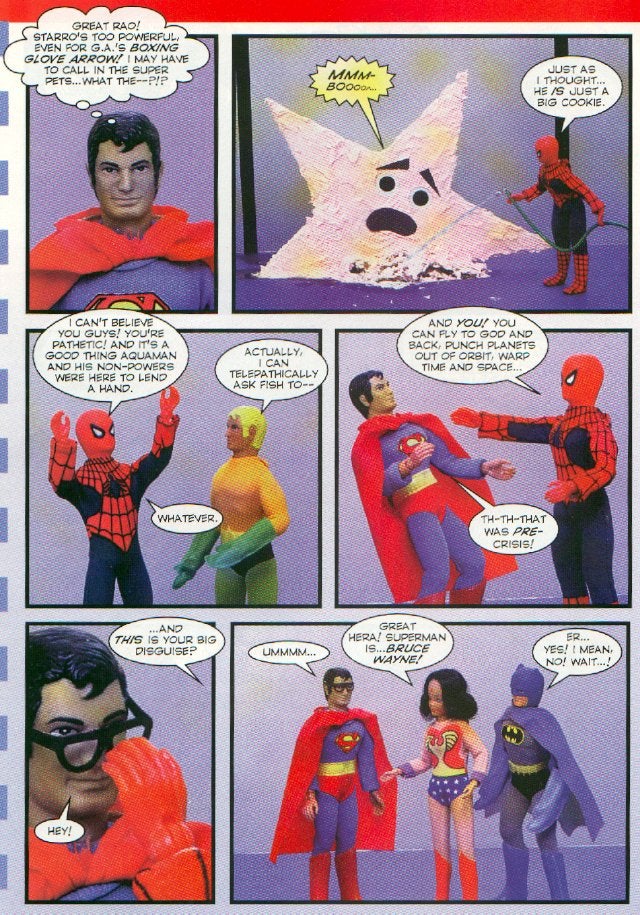 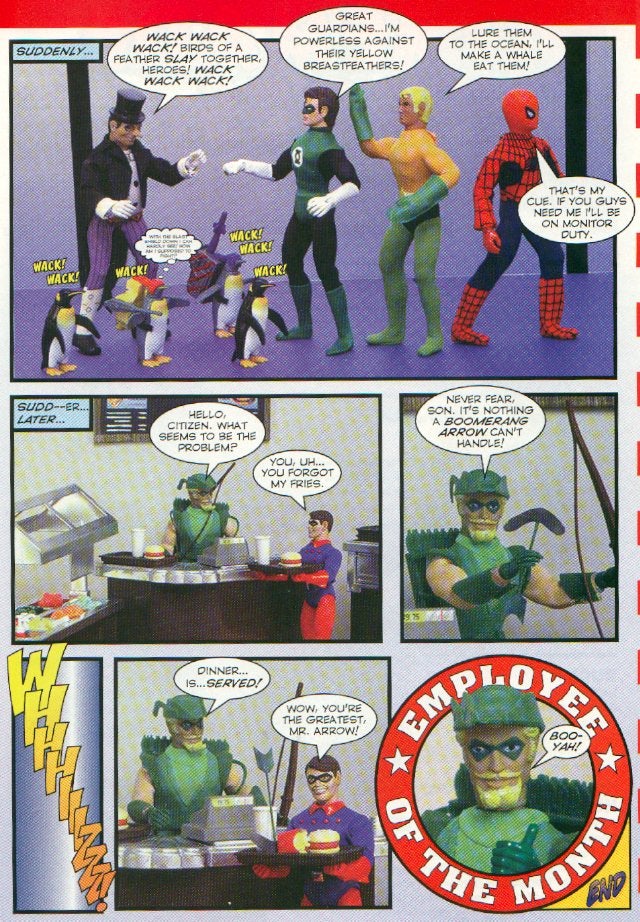