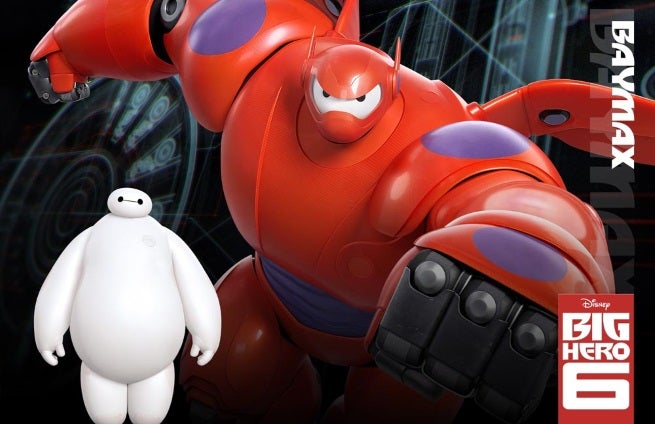 Following the Marvel movie tradition, Big Hero 6 will include both an after-credits scene and Easter eggs to Marvel Comics characters.

Directors Don Hall and Chris Williams revealed the news in an interview with Slashfilm this week, saying that there's a particular scene in Big Hero 6 that's stuffed with Marvel and Disney references. When the film's main character, Hiro, enters his bedroom, viewers will see nods to what the directors descrbed as "Z-level" characters" through memorabilia. Think more "Stilt-Man statue" than "Captain America cameo."

What's more enticing, however, is the promised after-credits scene. No details were provided for the scene, so its contents are anyone's guess. Even though Big Hero 6 is not officially part of the Marvel Cinematic Universe, it is still a Marvel Comics adaptation. Perhaps the bonus scene will try linking the Big Hero 6 universe to another Marvel or Disney property?

Viewers will find out on November 7th, when Big Hero 6 hits theaters.