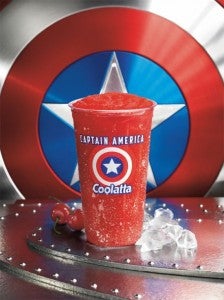 In what has to be one of our favorite movie promotional tie-ins of all time, Dunkin' Donuts and Baskin-Robbins are teaming up with Marvel Studios' Captain America: The First Avenger. Their Captain American movie promotion not only offers a tasty treat for fans, but more importantly helps to honor past and present members of the U.S. military.

Playing off the secret "Super-Soldiers" project that gave birth to Captain America in the comics and the new movie, Dunkin' Donuts and Baskin-Robbins are asking for help in identifying and honoring America’s real Super-Soldiers. With the support of the USO, Dunkin’ Donuts and Baskin-Robbins, have launched “America’s Super-Soldiers,” a co-branded online contest where people can win prizes by nominating veterans or active U.S. servicepersons who are making a difference where they live or serve.

From now through July 15, 2011, fans can visit Dunkin’ Donuts’ or Baskin-Robbins’ official Facebook pages to nominate a veteran or active serviceperson. Fans need to answer short questions about why their Super-Soldier is making a difference in their hometown and/or the communities in which they serve. The grand prize winning Super-Soldier, as selected by Dunkin’ Donuts, Baskin-Robbins and a representative from the USO, will win a cash prize of $5,000, a new high-definition television, a new Blu-Ray DVD player and a selection of DVD movies in which Dunkin’ Donuts and Baskin-Robbins products are featured. And as a thank you, the nominator of the grand prize winner will also win a $1,000 cash prize and a $100 Dunkin’ Donuts Card. 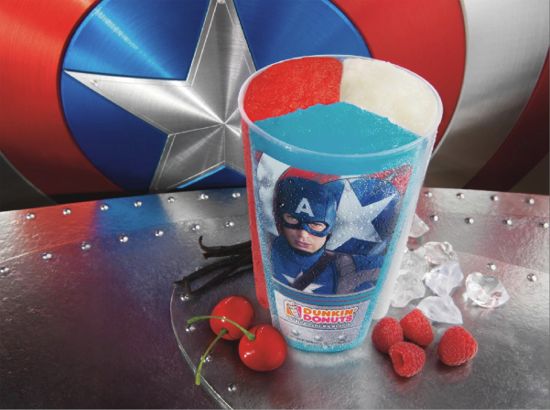 “Dunkin’ Brands is thrilled to partner with Marvel Studios to bring the excitement of Captain America: The First Avenger to our guests, and we are particularly proud that our America’s Super-Soldiers contest provides an opportunity to continue our tradition of recognizing both U.S. veterans and active servicemen and women who give selflessly,” said John Costello, who is Chief Global Marketing and Innovation Officer at Dunkin’ Brands. “We hope everyone will help us recognize these real-life heroes whose commitment to our local communities makes such a difference to so many people,” he added. 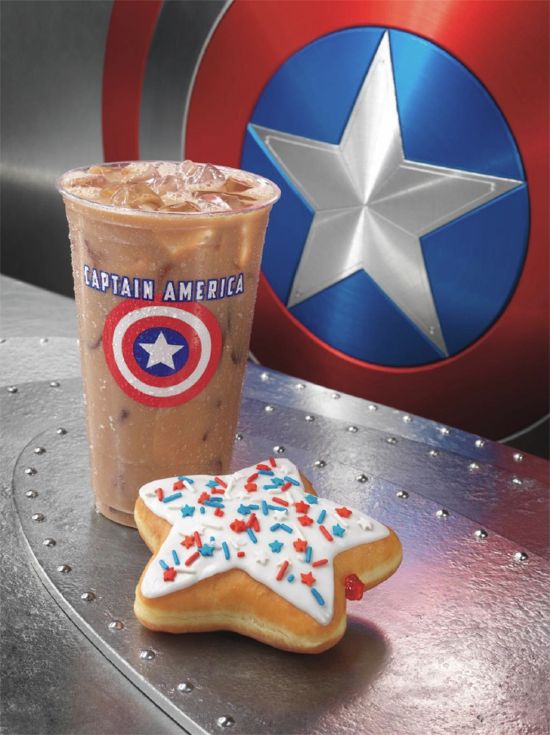 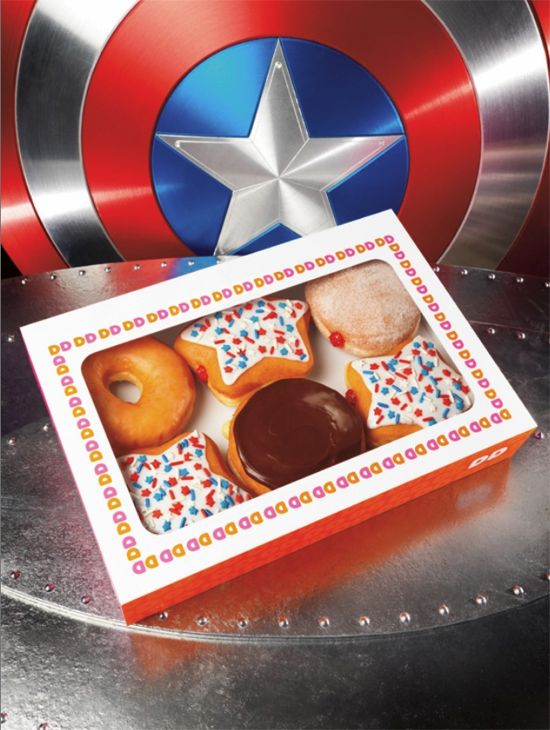