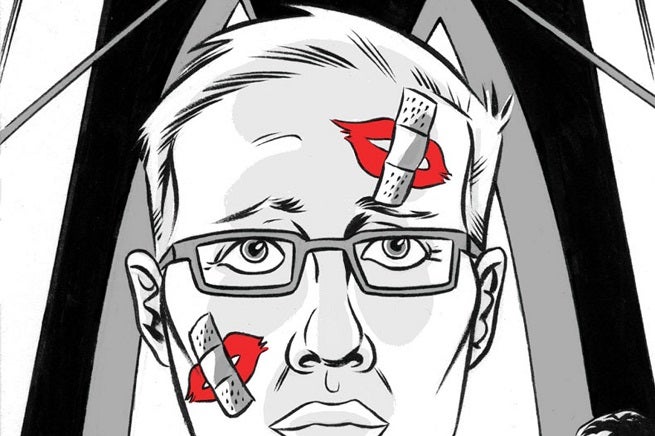 Seth Kushner, the comics writer and photographer who once told ComicBook.com that he wrote his autobiography as sequential art because "comics were always my first love and because I so revered the creators behind the comics," has reportedly passed away following a protracted battle with cancer.

Kushner, a member of the New York-based Act-I-Vate comics collective, has been battling leukemia for years -- a very public fight, in some cases, as he had turned to crowdfunding to help generate some of the money for treatment. Following a terminal prognosis, he went into a brief, surprising remission back in February.

Seth Kushner's photography has appeared in such magazines as The New York Times Magazine, BusinessWeek, Newsweek, Time, L'Uomo Vogue, and in galleries around the world.

He also wrote or co-wrote a pair of acclaimed books -- The Brooklynites and Leaping Tall Buildings: The Origins of American Comics, in addition to his long-running autobiographical webcomic Schmuck, which he wrote and published first online and then in print with a rotating cast of artists.

Last month, Kushner and George Folz released the first issue of their comic The Roman Nose to comiXology.

Our condolences go out to the family and friends of Seth Kushner. This story will be updated if we're made aware of plans to celebrate Kushner's life, donation information or other details.

Cartoonist and Photographer Seth Kushner Has Passed Away