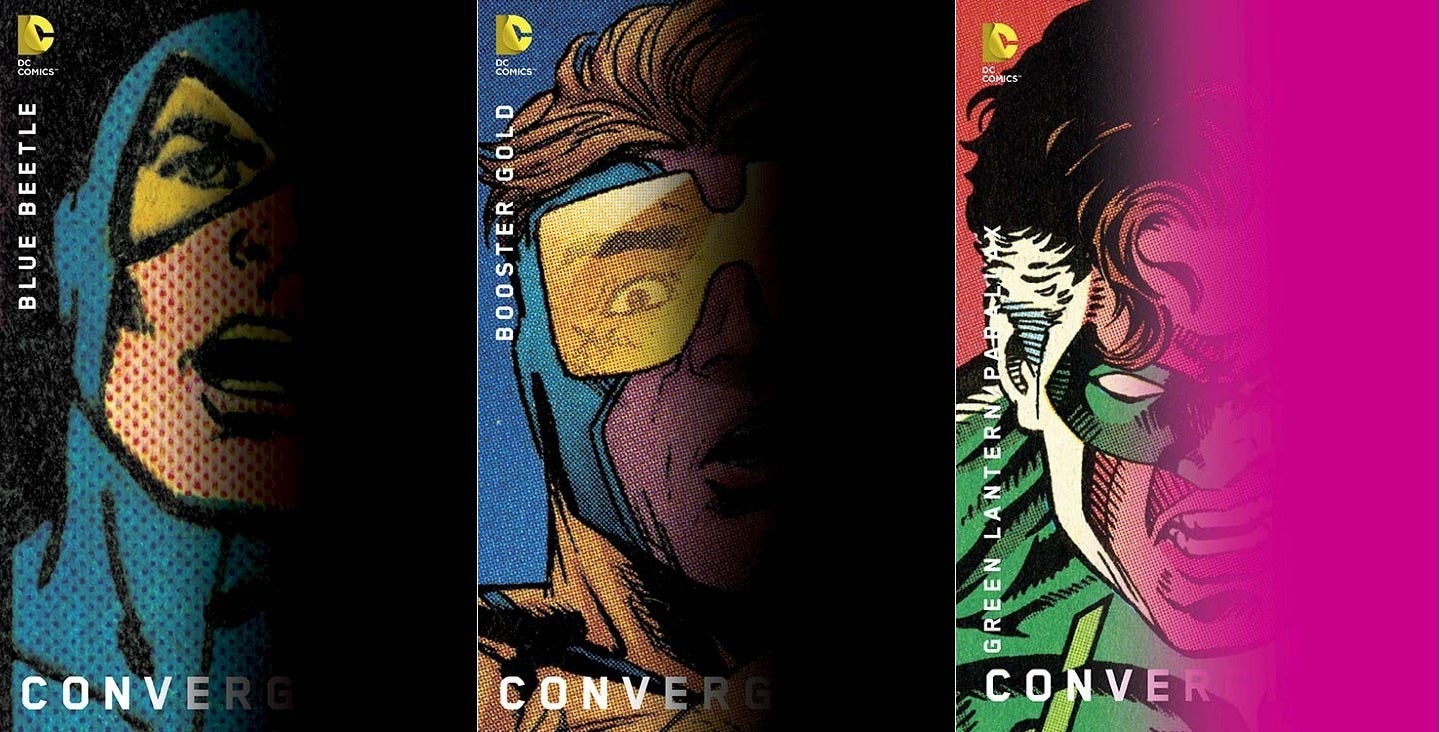 Chip Kidd, the famed graphic designer who has worked with DC Entertainment in the past on projects like Final Crisis and Before Watchmen, will provide variant covers for all forty of the upcoming Convergence two-issue tie-in titles, IGN revealed today.

The covers, three of which are seen above and all forty of which can be seen at the source story, are all using Kidd's trademark minimalist design style along with existing images from the characters' history, keyed to the appropriate era of the comic in question. Green Lantern's, for instance (seen above), features Hal Jordan on the cusp of becoming Parallax in Green Lantern #50 for the '90s title Green Lantern/Parallax, set around the time Parallax tried to reboot the universe in Zero Hour.

"The use of pre-existing imagery was actually a given of the assignment, it was Dan Didio's idea," Kidd said. "I have to say, when I was initially approached last summer about the notion of creating 80 (yes, eighty, eight-zero) variant covers that would land over two months this April and May, I was terrified at the prospect of how to do it. I had never taken on a comics cover design project of this scale (has anybody?), and I don't have a design assistant—I do it all myself. But what really facilitated it was that the editorial staff was so incredibly organized—shout-outs to Brittany Holzherr and my old pal Steve Korte. They were amazing at distilling down to a manageable amount what I could choose from so that it was pertinent to the story of any given issue. That said, I wanted to give Dan two options on each book to choose from, so I ended up doing 160 designs, twice 80. My head nearly exploded."

Kidd won't provide alternate covers for the Convergence miniseries itself, possibly in part because the central villain and some of the protagonists have a very limited number of existing images upon which to draw (and would have had either zero or even fewer last year when Kidd began his work).