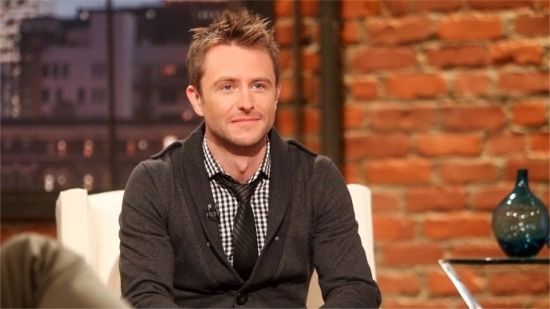 On Saturday, Talking Dead host Chris Hardwick’s father Billy Hardwick passed away unexpectedly at the age of 72 from an apparent heart attack. Billy Hardwick was a Hall of Fame professional bowler, who won over 18 PBA Tour titles during his career.

During Sunday night’s episode of Talking Dead, Chris Hardwick addressed his father’s death at the end of the show. We’ve reproduced his message to Talking Dead viewers about the importance of family below.

“I just want to say something. I don’t want things to get weird. But my dad passed away suddenly yesterday. It was kind of a weird…I didn’t know if I was going to come into work,” said Hardwick. “But I like this job, and it was a nice distraction. But I just want to thank everyone online. It was one of the times when the Internet was like…it was really nice.”

Hardwick continued, “And really quickly, the day before he died I had a really nice chat with him, and I was really lucky that I got to tell him how much I loved him. But look the holidays are coming up. They can be a pain in the ass, but I just want to say, your family is important, and you should take time to appreciate them in the midst of the traveling and all the crap that happens. And families can be weird, but just remember that they are important and they love you. And you should take some time to appreciate them. And I just want to say, 'Rest in peace, Billy Hardwick. I love you, dad.”