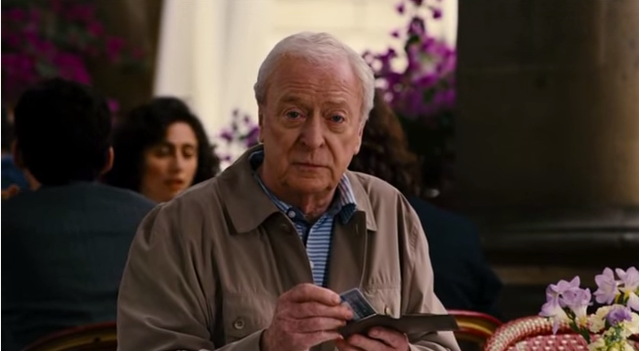 While The Dark Knight Rises gave Bruce Wayne the storybook ending that Alfred Pennyworth always dreamed of, some fans thought that the scenario was just too good to be true.

But, Christian Bale himself confirmed that the film's final scene was not a dream, hoax, or hallucination. When Alfred sees Bruce Wayne and Selina Kyle sitting in a European cafe, it was the film's literal confirmation that Bruce Wayne had survived his voyage out to sea in the film's climax.

When asked about the scene at an Entertainment Weekly event, Bale responded that what Alfred saw was indeed a reality.

"My personal opinion is no, it was not a dream. That was for real, and [Bruce] was just delighted that finally he had freed himself from the privilege, but ultimately the burden, of being Bruce Wayne."

And when asked if Alfred went over to join Bruce and Selina at their table, Bale concluded that Alfred hadn't.

"He was just content with [Bruce] being alive, and left because that was always the life that we wanted for him."

Well, that's one Christopher Nolan mystery fans can finally put to rest. We wonder if Leonardo Dicaprio would be as forthcoming about the final scene in his Chris Nolan film, Inception?