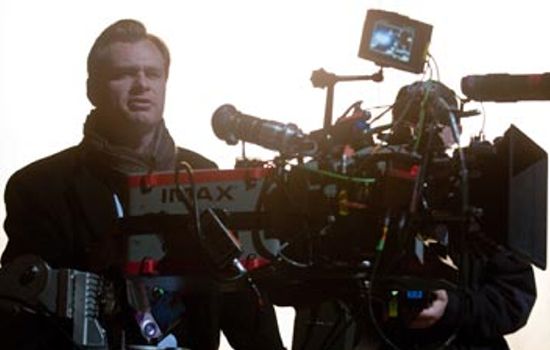 A teaser trailer for Christopher Nolan's upcoming science-fiction epic Interstellar, which hits theaters on November 4, 2014, will be released on December 13, attached to prints of The Hobbit: The Desolation of Smaug, Geek Tyrant reports.

If the past is any guide, the trailer will likely debut in the theaters and not be released online first. Nolan tends to enjoy the big-screen reveal, and Warner Bros. has generally been happy to concede to him on that point.

3-D prints of The Hobbit: The Desolation of Smaug will also feature the first theatrical trailer for The Amazing Spider-Man 2, which will debut online Thursday.

Interstellar stars Matthew McConaughey, Jessica Chastain, Anne Hathaway, Michael Caine, Casey Affleck, and John Lithgow. The story "chronicles the adventures of a group of explorers who make use of a newly discovered wormhole to surpass the limitations on human space travel and conquer the vast distances involved in an interstellar voyage."

It seems likely that the film, which began filming in August, may not have a lot of completed footage to put in a trailer--and while that may be the case and this might be a teaser that gives very little in terms of a view into Nolan's universe, it's also possible that the director's focus on practical effects has put him in a better position than many blockbuster filmmakers to have a trailer released early in the process.

The Most Anticipated Scenes Of Attack On Titan's Fourth Season