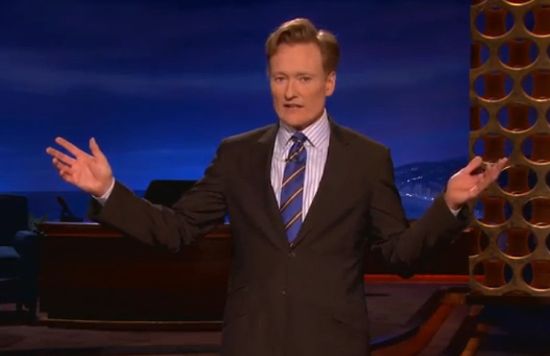 Conan O'Brien will be broadcasting from San Diego during the San Diego Comic-Con in 2015. O'Brien's show, Conan, will set up in the Spreckels Theater in downtown San Diego from July 8 through 12 in 2015. This will be the fifth year in a row that Conan has taken his show on the road. He's just now returning from a trip to Dallas for the NCAA Final Four Championship and has previous broadcast from New York City and Chicago. Next up for Conan O'Brien is hosting the MTV Movie Awards on Sunday, April 13. Conan airs Monday-Thursday nights on TBS.