Comicbook.com can confirm that Marvel has dropped "AKA" from the title of their Jessica Jones show that stars Krysten Ritter (Breaking Bad).

Earlier today, a screenshot (view below) of Netflix's placeholder page for their upcoming Marvel series AKA Jessica Jones revealed that the title had been slightly altered.

Comicbook.com reached out to Marvel and they confirmed to us that the title has been changed to Marvel's Jessica Jones. 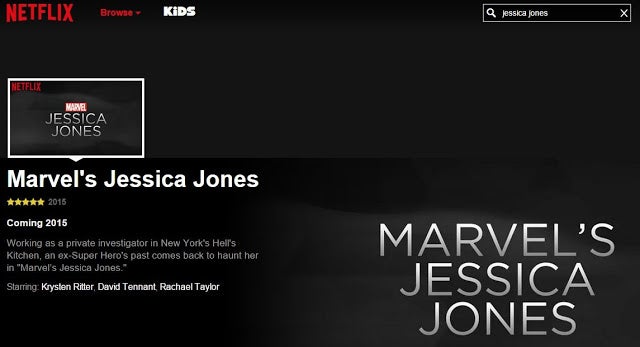 Ever since her short-lived stint as a Super Hero ended in tragedy, Jessica Jones (Krysten Ritter) has been rebuilding her personal life and career as a hot-tempered, sardonic, badass private detective in Hell's Kitchen, New York City. Plagued by self-loathing, and a wicked case of PTSD, Jessica battles demons from within and without, using her extraordinary abilities as an unlikely champion for those in need... especially if they're willing to cut her a check.

Marvel's Jessica Jones will debut later this year on Netflix.