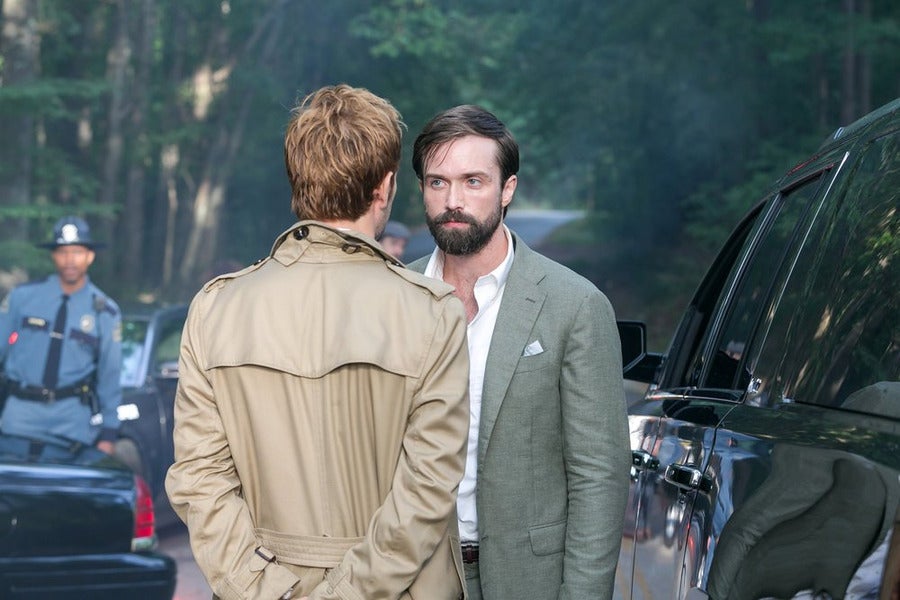 Emmett J. Scanlan, who can be seen on digital downloads of James Gunn's Guardians of the Galaxy out this week, will make his debut on Constantine tonight as Detective Jim Corrigan, better known to DC Comics fans as The Spectre.

Of course, he isn't God's avenging spirit just yet. Corrigan is just a profoundly determined cop who finds himself facing off against a series of inexplicable events that attract the attention of "Master of the Mystic Arts" John Constantine.

Scanlan joined ComicBook.com to talk about the role, tonight's episode and where he'd like to see Corrigan go from here.

When we first meet Jim Corrigan, he's...not quite by the book. Are we going to get some of his backstory as the season unfolds?

You get glimpses into what he used to do, what he still does, his character, how he conducts his business, how he holds himself, how efficient he is. You know this is a man who eats, sleeps and breathes his work. A man married to his work. Troubled by his demons. But ultimately coming from the right place. Like Constantine himself. You get a brief glimpse into that.

Let's not forget that this is Constantine's story, Constantine's journey, so what you can show and give has to be in partnership with that. What the writers have cleverly done in my opinion is drop in a couple of iconic DC characters to almost prick tease the audience into investing into the series in the long run, even though the show itself does that on it's own, it just adds more to an already full arsenal. I know it has me hooked...

Do you think that they wanted to draw some parallels between Jim and Constantine by making him perhaps a bit more disheveled than we would expect?

Maybe. When David and Daniel talk, you listen. I admit he isn't the same visually as the comic book, but that's not to say his heart and soul aren't true to it. Those boys wouldn't allow that to not be the case. Either would I. In my opinion it doesn't matter what you look like, what matters is what makes you get out of bed in the morning, THAT'S CHARACTER. The reasons why Jim gets out of bed in this show is the same CHARACTER that was given birth too many years ago on the comic book page....

We wanted to stay real to the character while also making it our own. Out of respect and admiration you want it to be as real as you can get, but too also have some creative choices without lobotomising his essence.

I have a beard in the show. As everyone knows comic book Jim was clean-shaven. Last time I checked bearded comic book characters are few and far between.

I thought the beard added age, roughness and experience without having to say a word.

Tom Hardy does that by just standing in a space. You can only hope for that same effect, but the choice was made to at least try to emulate that.

Out of all the accents out there I love the Southern accent. Matthew McConaughey is remarkable to watch. And was an inspiration in choosing a tone to go with. Not to copy it but too pay homage to it. There's a wonderful melancholy feel to the Southern accent. I thought it would be something that would sit nicely with Corrigan. His presence carries a somber weight. It's subtle but it's there. He's a damaged soul. I hear that in the south sometimes. It oozes character.

Jim is a big bourbon drinker. Perhaps that was more a Emmett choice. But f--- it, Jim loves to drink too. I digress. 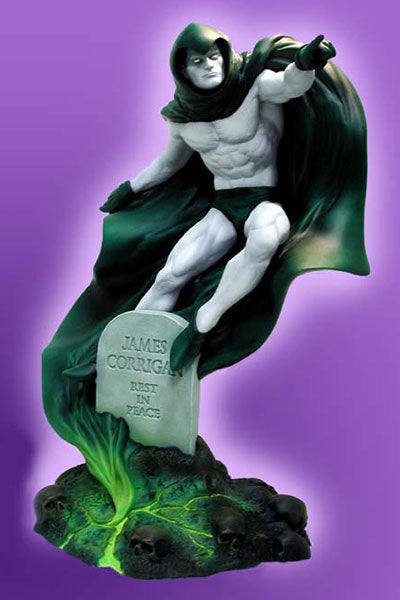 What books did they give you to read up on the character? It's been a while since Jim was a big player in the DC Universe.

I was given comics books from the very beginning. The wonderful cheesy comics of The Spectre, to the more modern, hard hitting darkness you expect from DC. I was even given a Spectre statue. First thought was, "those are some tight ass green pants, I'd freeze my balls off in those"

Is it nice to have the character see the supernatural fairly quickly, so that you don't have to spend too much time going through the motions of being in denial and all that?

You got one episode to establish him, you better do it F---ing quick and do it well...Jim struggles. He does. He comes from a very black and white background. The son of a preacher man. A man who has shunned God in a last ditch 2-finger salute to his abusive father.

When Constantine and Zed are introduced to his life and he realises that it ain't black and white anymore -- that there are things out there that bullets can't stop -- it throws his world into disarray. But he has to quickly realise that impossible is nothing. Instead of fighting it, he embraces it. Or tries to.

What do you think makes him so open to the possibility and adaptable? Certainly he was very against the group at first.

He's a cop. A homicide detective and a very efficient, very good one at that. It's his job to be a chameleon, to absorb the background, to adapt to a situation, in order to bring down his prey. He knows he isn't facing his normal street thug. Jim's a hunter, and all great hunters choose the bait to catch the killer. He chooses Constantine.

Is it weird to be working on a show where the stakes are so high, but...it really doesn't much matter if your character were to die?

It always matters. The day it doesn't matter is the day you choose a project for reasons beyond character, beyond story. And that my friend is a sad f---ing day indeed.

Is it a challenge to keep your performance in the moment when your character is so totally defined by a destiny that you might not even realize this season?

Is it hard for me as Emmett to live in the moment knowing that like all of us I will die at some point? Maybe not today but some day. Such is my destiny??? No. The same applies.

Present moment awareness is all that matters. None of us can escape our destiny, all we have is now. So if anything, it's a joy being Jim. At this moment. In this moment. 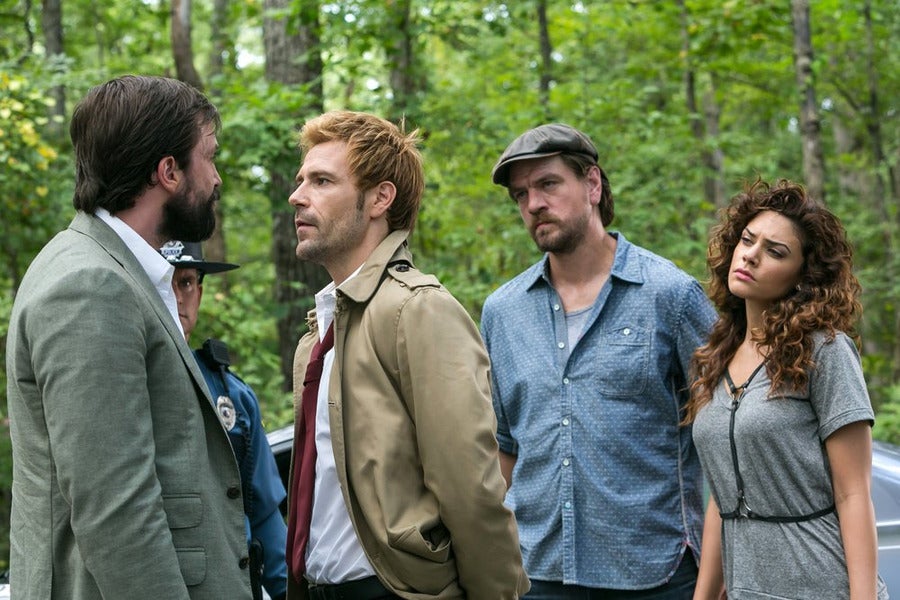 Corrigan isn't a character with a strong connection to Constantine in the comics. Do you enjoy the freedom that gives you to really define it on your own terms?

Of course. It's about jumping off that cliff and building your wings on the way down..... There is great freedom in those choices..

It's magic to play opposite such an enormous iconic figure like Constantine and see where that takes us. Matt loves to play on set. And so do I. He's a f---ing beautiful dancing partner.

Are there any characters you'd like to play off of a little more this season?

I love playing off Matt [Ryan], Michael [J. Shaw], Ang [Celaya] and Charles [Halford]. Anyone else is a bonus. I'll leave that up to Daniel [Cerone] and David [Goyer]. They can steer this one. The excitement of not knowing what happens next or with who is what turns me on the most.

Constantine's Emmett J. Scanlan on Becoming The Spectre: I'd Freeze My Balls Off In Those Green Tights