In the latest issue of Empire Magazine, they have published a new piece of X-Men: Apocalypse concept art that depicts a battle scene.

The scene involves Cyclops (Tye Sheridan) shooting his powerful optic beams at a flying mutant, who is more than likely Angel (Ben Hardy). While this is going on Jean Grey (Sophie Turner) is ducking for cover behind some of the debris that is strewn across the 1983 set.

Even though the image uses some muddy colors, we do get an idea of what Cyclops and Jean Grey's superhero costumes will like in the film. They appear to be influenced by the All New X-Men comic book series that launched in 2012. 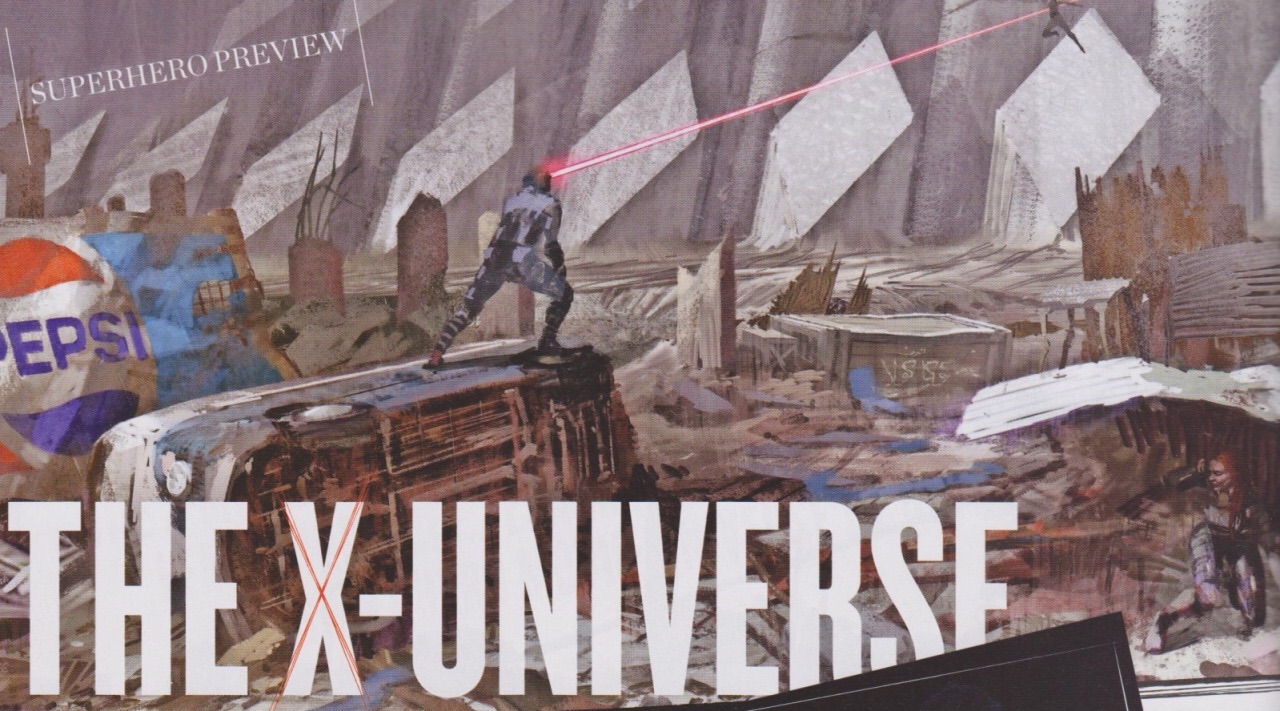