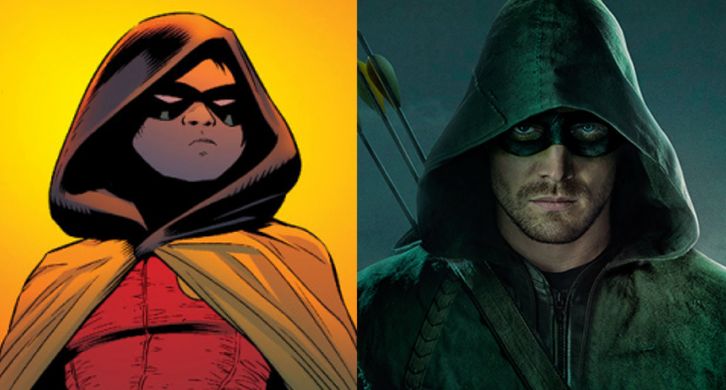 In the realm of wildly improbable news, TVLine has a story speculating that Season Three of Arrow will introduce Damian Wayne as a villain who will then recur through Season Four.

The basis for this is that there's a character who is internally being referred to as "Damian Dark," which they TVLine associates with Damian Wayne, son of the Dark Knight.

Here's the word, from their Spoiler column...

The show's Season 3 finale will introduce a major, formidable, fierce new foe for Oliver, and his reign of terror will continue well into Season 4. The mysterious character is being referred to internally as "Damian Dark," which got Matt Mitovich and I (but mostly MM) pulling up and skimming the Wiki page of one Damian Wayne. Get it? Damian Wayne. Son of the Dark Knight. They'd probably have to tweak the Bruce Wayne connection, but it's a plausible theory, no?

It's hard to believe that Batman's son wouldn't be part of the Gotham deal, or just off-limits in general. That said, a modified version of Damian's story where he's cloned from Arrow instead of Batman could be somewhat plausible, if only for the fact that it would keep up one of Arrow's favorite tricks, making the drama all about family.

That said, anything is possible. While Damian, or a version of him, could be on the way, it's equally likely that another character with a similar set of skills is on the way, and that the Arrow producers are hindering the speculation a bit by putting the shiny object of Damian in front of anyone who might hear of their plans. After all, Ray Palmer was "Dan," a tech-based superhero that sounded more than a little like Ted Kord.

Arrow returns on March 18. More on their big Season Four plans as it becomes available.