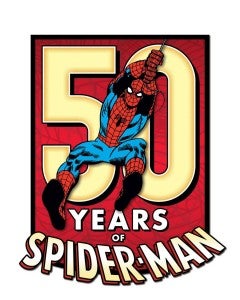 Marvel Comics' Amazing Spider-Man writer Dan Slott, in a newly-unearthed Comic Book Resources interview from March's Chicago Comics and Entertainment Expo, told reporter Kiel Phegley that the landmark Amazing Spider-Man #700 at the end of the year will be "massive." The character's 50th anniversary is this year, and coupled with a major motion picture, the major events in the comics are building toward a status quo-shattering issue.

"What happens in #700 -- everything I've written my entire career in comics, nothing has had this big an effect on a character than what happens in [Amazing Spider-Man] #700," Slott told CBR. "This is my biggest whack at the comic book piñata. I'm breaking it and all the candy's coming out. It's not going back together. Something really seismic is going to happen in Amazing Spider-Man #700."

He compares the fallout from the issue to that Marvel has promised from the massive Avengers vs. X-Men event.

"There is no reboot," Slott said, referring to rumors that have been circulating ever since DC announced its line-wide New 52 relaunch last year and enjoyed months of sales dominance following the launch. "But the effects of AvX and the event that happens in Amazing Spider-Man #700 are so big that you'll be looking at quite a different landscape after the seismic changes."