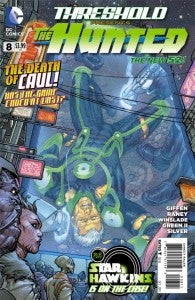 DC Comics have provided ComicBook.com with an exclusive first look at Threshold #8, the final issue of Keith Giffen's space-faring series that concludes on Wednesday. Giffen has already moved on from this series and taken one of its artists (Scott Kolins) and one of its characters (Larfleeze, the Orange Lantern) along with him for a solo title that sees Giffen team with J.M. DeMatteis and Kolins. Phil Winslade and Tom Raney, the remaining artists after Kolins left, handle the art chores on this final issue, along with a cover by Howard Porter, who was just announced as the new artist on Giffen and DeMatteis's Justice League 3000. That doesn't mean, though, that this book will end on a cliffhanger or even that Giffen will take any non-Larfleeze ideas over to the new title with him. "I'm trying to make Larfleeze the book you come to for new stuff; characters, worlds and the like," the writer told ComicBook.com when we spoke to him about the move. So fans of Threshold the Hunted, check out the preview pages below and, if you want to see some of your characters popping up in Larfleeze or elsewhere, you'd better grab a couple of copies and maybe start an online petition. 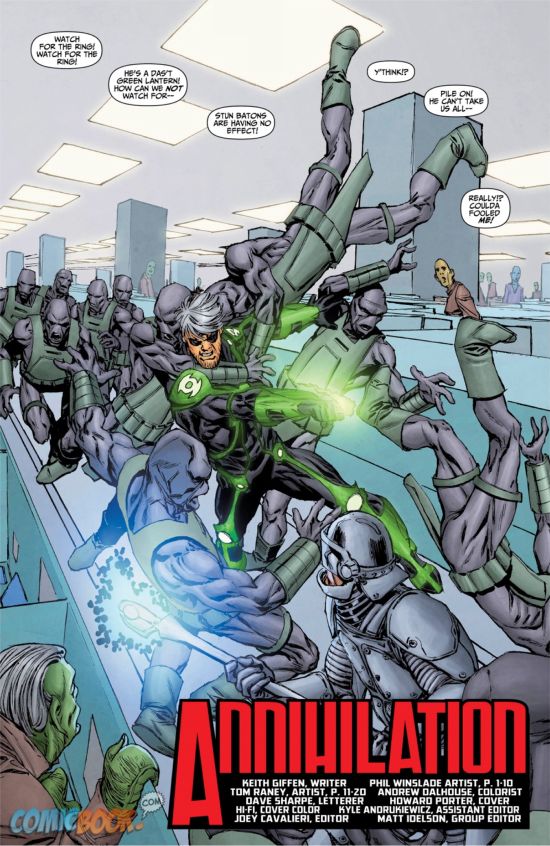 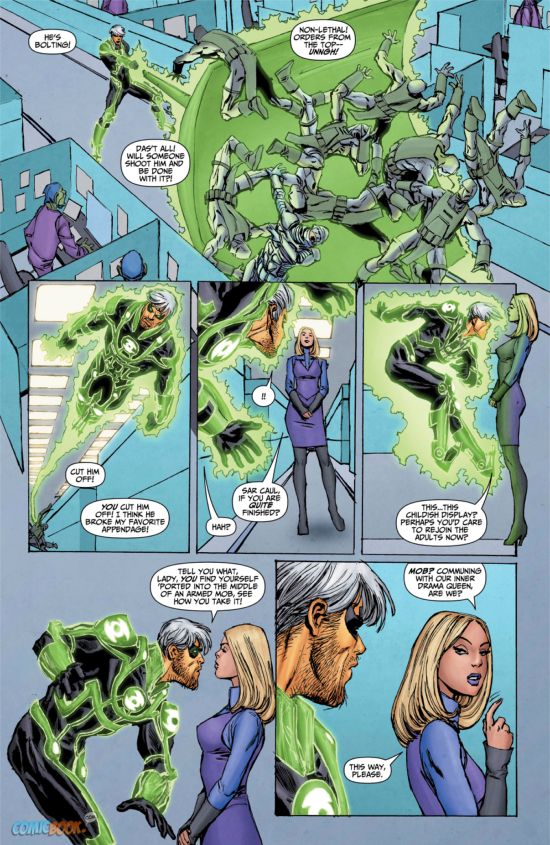 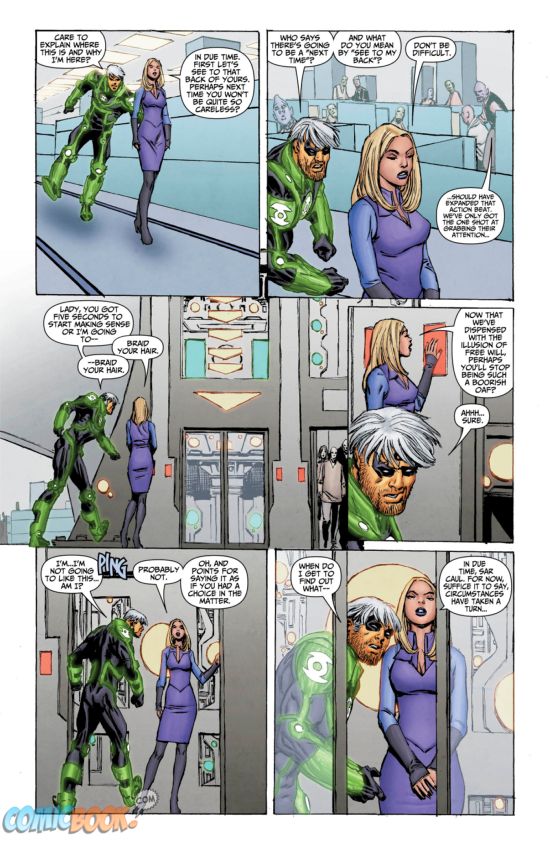 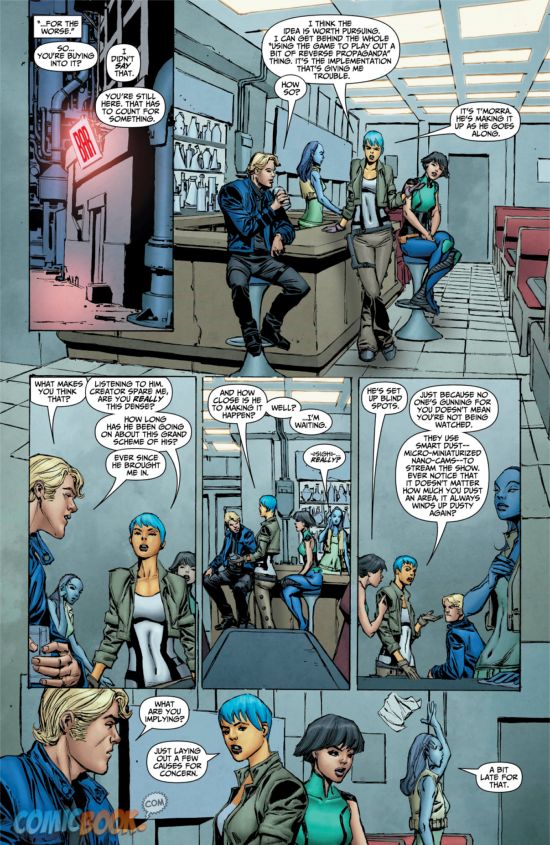 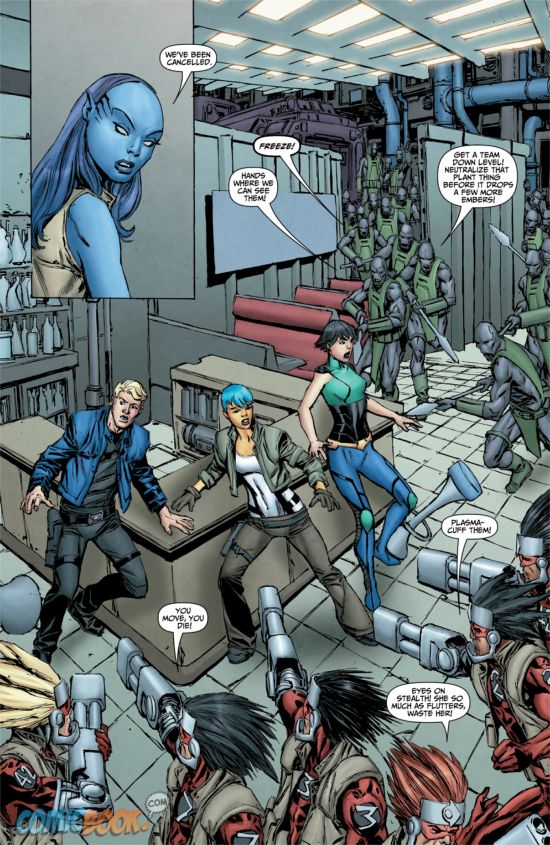