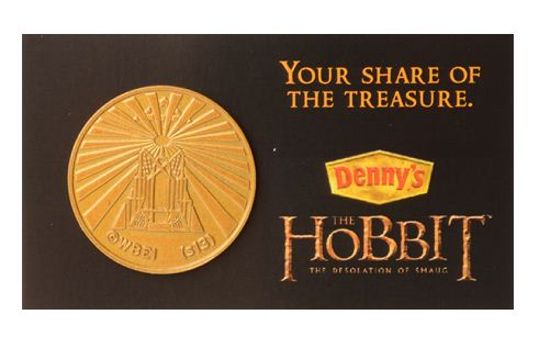 As we previously announced, Denny’s has partnered with Warner Bros. Pictures for a number of exciting promotions revolving around The Hobbit: The Desolation of Smaug.

Denny’s will be launching a new, limited-time menu with items inspired by The Hobbit: The Desolation of Smaug on Tuesday, November 5, 2013. They have also produced some “dwarvish gold” coins. These gold coins (not made out of gold, just gold in color) will not be available for sale in restaurants.

The exclusive pieces of Hobbit memorabilia come affixed with a Denny’s 20% off entire guest check coupon. We’ve attached a couple photos of what the coins look like above and below.

Also, if you’re going to be in Atlanta, Georgia this weekend, we’ve got a limited number of the coins that we’re going to be giving away for free at our booth at Walker Stalker Con on Saturday, November 2, 2013 (while supplies last). Walker Stalker Con is a horror, science fiction and pop culture convention taking place this weekend in Atlanta, Georgia.

The Hobbit: The Desolation of Smaug is scheduled to be released in movie theaters on December 13, 2013. 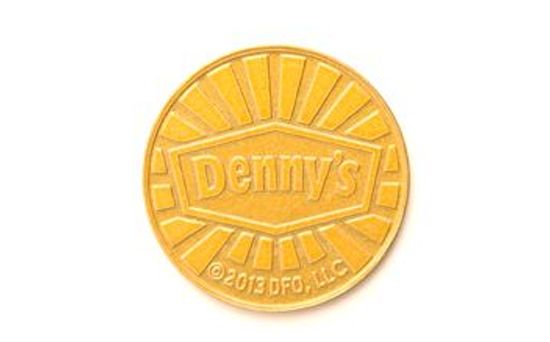