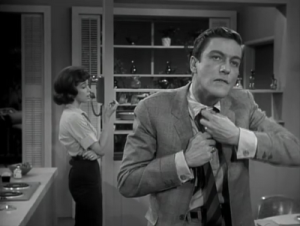 In a new interview on the Kevin Pollak Chat Show, comedy legend Dick Van Dyke claimed that he was called in to discuss replacing Sean Connery as James Bond in 1968 as Connery had spoken out publicly about leaving the franchise.

While the gig eventually went to George Lazenby, Van Dyke insisted he'd been offered a shot at it--until he reminded producers how bad his English accent had been in Mary Poppins.

Here's the pertinent bit of the conversation, as transcribed at CBM:

A quizzical Pollack replied, "No, he didn't," but Van Dyke emphatically replied, "Yes, he did!"

He also said that while Daniel Craig is a "wonderful actor" with "great physicality," he feels the Skyfall star lacks the panache to be Bond.

Of course, that's coming from Van Dyke. The only time I ever remember him getting in an onscreen scrap was when Mary Tyler Moore repeatedly kicked his butt on an episode of The Dick Van Dyke Show. Well, that and many years later when he was the villain in Night at the Museum...!

Dick Van Dyke Could Have Been The First American James Bond