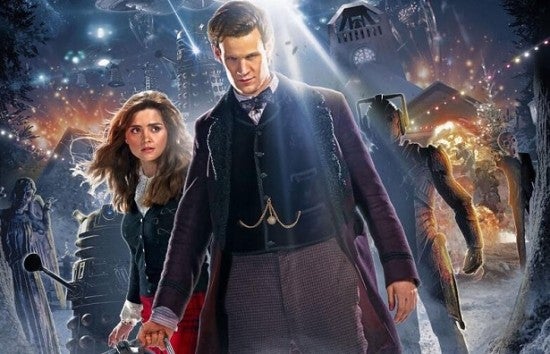 BBC America have released a trailer for Doctor Who's 2013 Christmas Special, "Time of the Doctor," Matt Smith's final episode as the Eleventh/Twelfth Doctor and the introduction of Thirteenth Doctor Peter Capaldi. The episode, set to air on Christmas Day at 9 p.m. on BBC America, will be the final to air in Doctor Who's fiftieth anniversary year, and the third "event" episode in a row, following last year's season finale "The Name of the Doctor" and the fiftieth anniversary special "The Day of the Doctor," which guest-starred former Doctors David Tennant and Tom Baker, plus introduced John Hurt as the War Doctor (who came between the Eighth and the Ninth but had not previously been seen). You can check out the trailer, featuring Smith and co-star Jenna Coleman, below.

Doctor Who Christmas Special: The Time of the Doctor Trailer Released