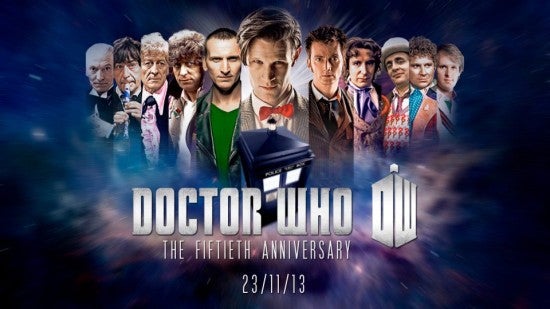 's fiftieth anniversary special "Day of the Doctor" was the top-rated scripted program airing on Saturday, according to ratings reports released last night.

The Day of the Doctor delivered 3.6 million viewers in live + same-day for the daytime simulcast and primetime encore.  On Saturday, BBC America was the #1 cable network on Twitter, Doctor Who was #1 on Twitter in all of television and the series set a record on Tumblr with the highest level of activity of any televised event ever, surpassing the Super Bowl and MTV’s Video Music Awards. 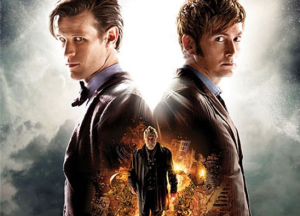 Doctor Who: The Day of The Doctor global simulcast on BBC America at 2:50pm ET delivered the channel its best telecast ever in L+SD, 2.4 million total viewers and 1.2 million among A25-54. In addition to its premiere on BBC America, the channel presented sold-out RealD™3D simulcast screenings in eleven cities for eleven Doctors on Saturday.

Doctor Who earned the Guinness World Record for the largest ever simulcast of a TV drama following a massive global campaign which saw the episode broadcast in 94 countries across 6 continents. It generated millions of dollars in those theatrical screenings as well as topping the charts for both iTunes and Amazon within hours of its release for sale. On social media, it broke records on Twitter and Tumblr as well, making BBC America the most talked-about network of the week overall.

“The fan response on-air, in social media and in theaters across the country has been nothing short of incredible.  The 50th Anniversary of this extraordinary program has cemented its iconic status for millions of American viewers and we can't wait for the Christmas Special,” said Perry Simon, General Manager for BBC America.

Doctor Who: Day of the Doctor Won the Ratings Day on Saturday