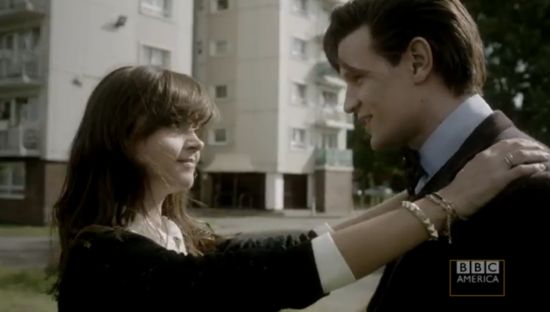 On Christmas Day, the BBC aired the Doctor Who 2013 Christmas Special, which was called "The Time of The Doctor." After the special, BBC America released an exclusive deleted scene from the episode.

In the deleted scene, Eleventh Doctor Matt Smith quizzes his companion Clara Oswald, who is played by Jenna Coleman, about why she doesn't like Christmas. Clara explains, "Christmas is a whole year of my family in one meal."

The Doctor suggests, "Maybe you're not reading the jokes in the crackers. Those are amazing." The Doctor's comment prompts a smile and a hug from Clara. Check out the full deleted scene below.

Doctor Who: The Time Of The Doctor Deleted Scene Revealed