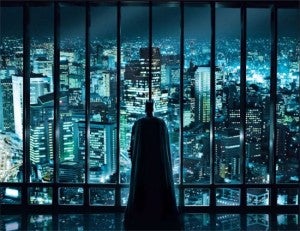 When the Michigan Film Office announced that Warner Bros. was being provided with $35 million in incentives to film a large part of the untitled Man Of Steel sequel in Michigan, they did not specify whether metro Detroit would serve as Metropolis or Gotham City in the film. However, a casting announcement that appeared online before the official announcement indicates that Detroit will serve as Gotham City in the film.

While the casting announcement could just be based on rumor, it does seem logical that Detroit would serve as Gotham City. In the first Man Of Steel movie, the Metropolis scenes were filmed in Chicago, Illinois, so a look and feel for Metropolis has already been established. It would make sense that Detroit would need to serve as another city in the DC Cinematic Universe.

Based on the announcement of how much Warner Bros. will be spending in Michigan, it also seems to suggest that Detroit is likely to be the primary filming location for the movie. If Detroit is indeed Gotham City, then that would also mean the primary setting for the Man Of Steel sequel will likely be Gotham City, which raises the question of if the film will be more of a Batman story than a Superman story.

The background and history of Superman was told in Man Of Steel, but Warner Bros. is introducing a brand new Batman in the Man Of Steel sequel. How much of this new Batman’s background and history will be told? While it would seem odd to do a complete origin story since Nolan’s Dark Knight trilogy wasn’t that long ago, it wouldn’t be surprising if part of Batman’s past was explored through flashbacks.

Also, if the majority of the story is set in Gotham City, then what does that mean for the villain. If rumors of Lex Luthor being the villain were true, then it would seem Metropolis would be a more appropriate setting. Could the film actually focus on a Batman villain?

Another possibility might be that Michigan serves for both Gotham City and Metropolis in the film, and the action partially takes place in both cities. Much of Metropolis was destroyed in Man Of Steel, so Warner Bros. could be planning to build a destroyed city set in Michigan to serve as Metropolis.