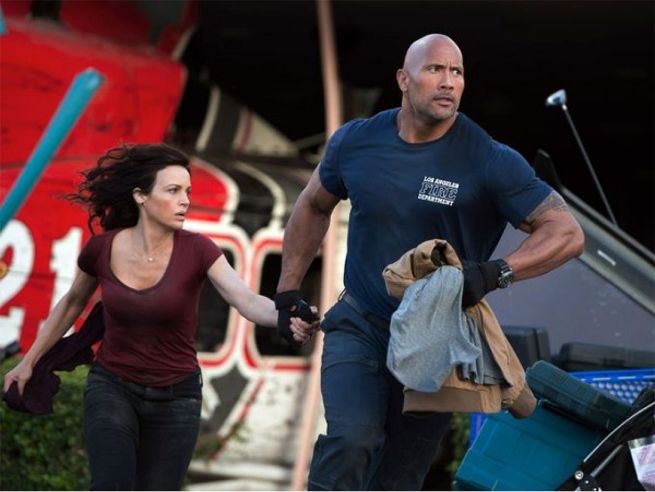 Warner Bros. has released some first look photos from the upcoming San Andreas movie, which stars Dwayne "The Rock" Johnson. The five photos were released via USA Today.

In the film, the infamous San Andreas Fault finally gives, triggering a magnitude 9 earthquake in California. Johnsonn plays a search and rescue helicopter pilot who along with his estranged wife must travel from Los Angeles to San Francisco to save their only daughter.

"There’s nothing that I don’t pilot or drive. We utilize everything we can to get there. This has big stakes. It’s entertaining and also has heart," said Johnson to USA Today.

San Andreas is directed by Brad Peyton, and the film is scheduled to be released in movie theaters on May 29, 2015.