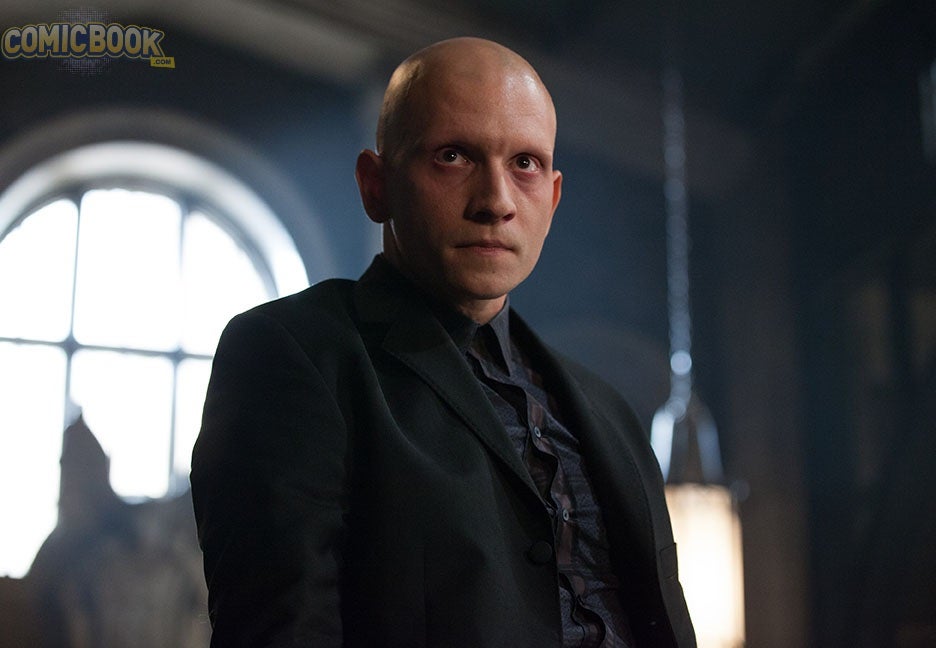 Gotham has already introduced several members of Batman’s rogue’s gallery into its pre-Batman world, and now the show is getting ready to introduce one more.

Fox has provided ComicBook.com with an exclusive first look at Anthony Carrigan as the psychotic killer Victor Zsasz. 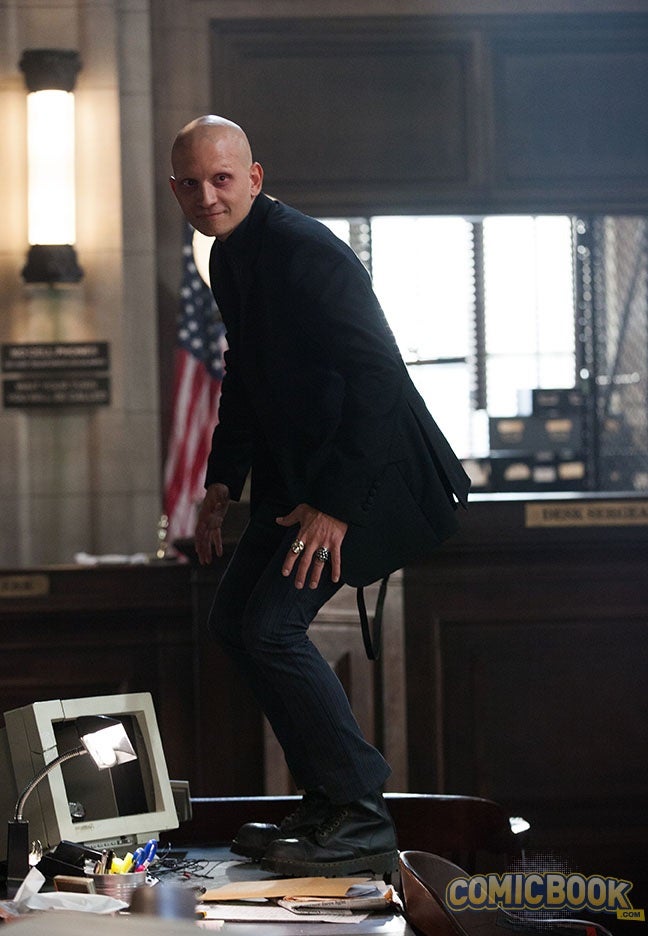 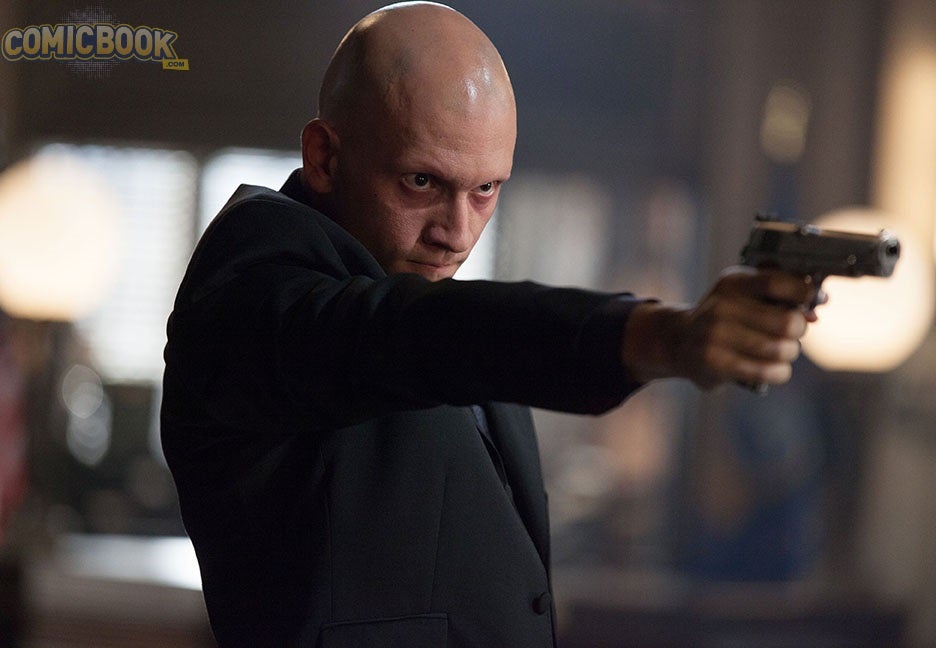 Fox describes Victor Zsasz in Gotham as the psychopathic button-man for crime lord Carmine Falcone. Lithe-limbed, hairless, and always dressed to kill, Victor Zsasz is usually accompanied by his cohorts of female assassins.  Which each new kill, Zsasz uses a razor blade to carve another notch in his skin, so that, bit by bit, his body will be cross-hatched with the record of his bloody accomplishments.

Zsasz was originally created by Alan Grant and Norm Breyfogle in the first issue of Batman: Shadow of the Bat.

Zsasz will make his debut on Gotham in the series’ seventh episode, “Penguin's Umbrella,” premiering November 3 on Fox.