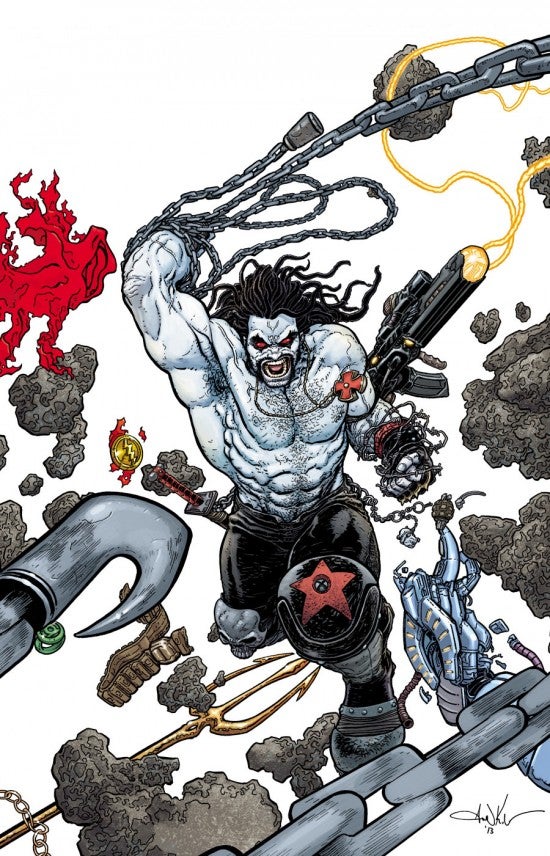 Today in New York City, Marvel Comics legend Stan Lee appeared in support of the newly-opened Avengers S.T.A.T.I.O.N. Exhibit, a hands-on Marvel mini-museum that utilizes real-world resources to explain the science of the superheroes Lee co-created years ago. Lee spoke with reporters about a wide variety of subjects, from the actual topic of the event to every movie, TV series and comic book currently published based on characters he was working with fifty years ago. And we had a fun one for him today that yielded a somewhat unexpected result. ComicBook.com: If you could revive "Just Imagine..." [a series in which Lee and a rotating cast of collaborators did stories with DC superheroes depicted as the way they might have been if Lee created the character], what would it be? Lee: I did them all for DC. There's only one that i didn't do, and I forget his name... They had a guy who was a killer from another planet... ComicBook.com: Lobo? Lee: ...Lobo! Thank you! I think it would have been fun to do Lobo. They never asked me to do that one. This isn't the first time Lee has expressed a love for Lobo. Back in 2012, he was asked whether there was a DC Comics character he wished he'd created. "There's one character that DC has that I get a kick out of and his name is Lobo," Lee said. "Because to me, he's not a typical DC character–he should be a Marvel character but we didn't think of him."