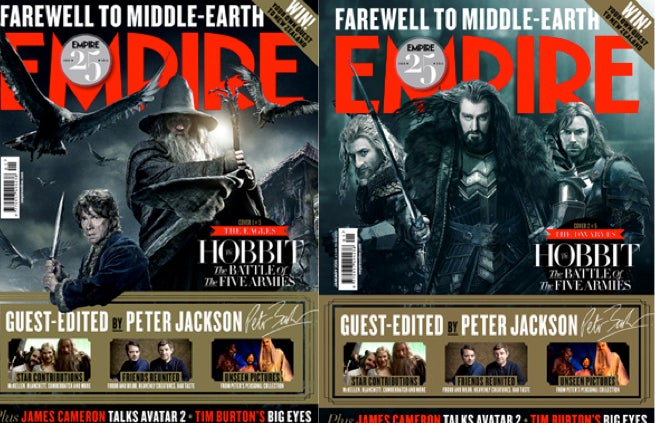 Goodbyes are always tough, but at least Middle Earth is making its final farewell a little more manageable.

Empire Magazine has released five separate covers for their special Hobbit farewell issue, with each edition featuring a major character from Peter Jackson' final journey to Middle Earth. The issue will be guest-edited by Jackson, who will give Tolkien fans an insider's look into his farewell film.

But even in the age of variant covers, five choices is a lot to choose from. Which cover should adorn your coffee table? Let's take a closer look at each one and find out.

Cover 1: Bilbo and Gandalf The Gray 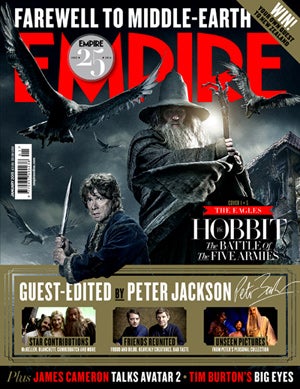 Bilbo and the surly old wizard stand ready for battle, with Gandalf's signature eagles ready for backup. Bilbo and Gandalf are easily the most recognizable characters in the Hobbit trilogy, making this an easy crowd pleaser. 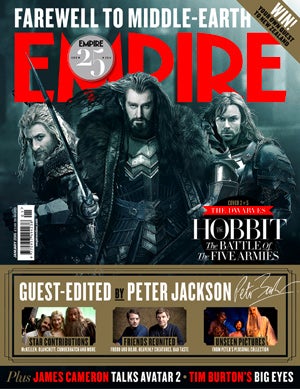 The venerable dwarves get ready for the ensuing Battle of the Five Armies, with Fili and Kili backing their increasingly erratic leader. Hang on to this one if you're looking to preserve Thorin's final moments of nobility and stability. 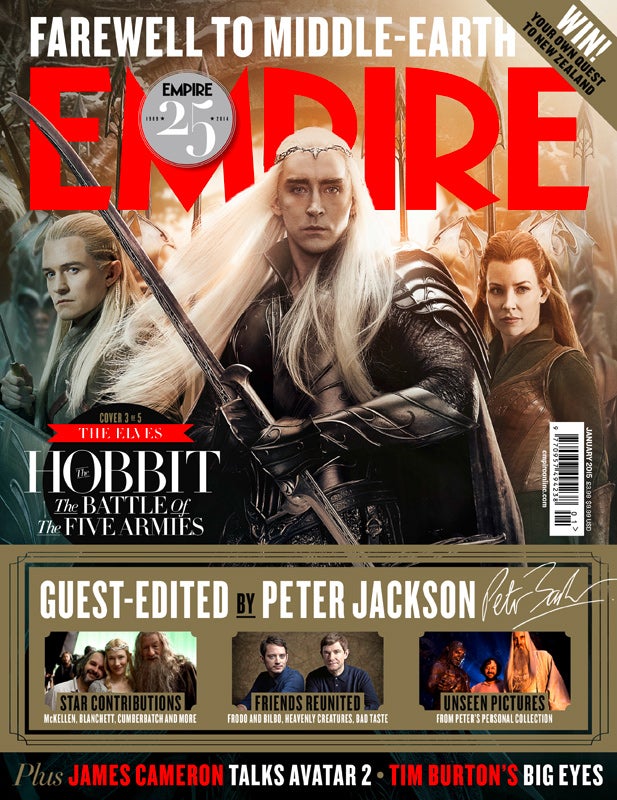 The immortal elves stand ready in all of their sparkly glory. While we kind of wish archer-extrodinare Legolas had the primary position, we recommend this cover to those who like the prettier side of Middle Earth. 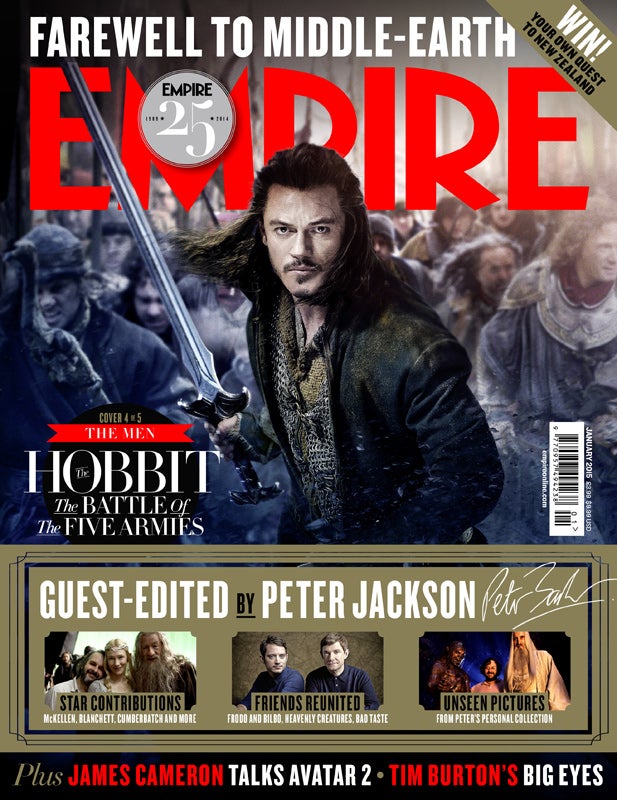 If you're a loyalist to your own species, go with The Hobbit's Number One Homo Sapien. Here, Bard the Bowman stands ready to defend Lake-town in an eye-catching solo shot. 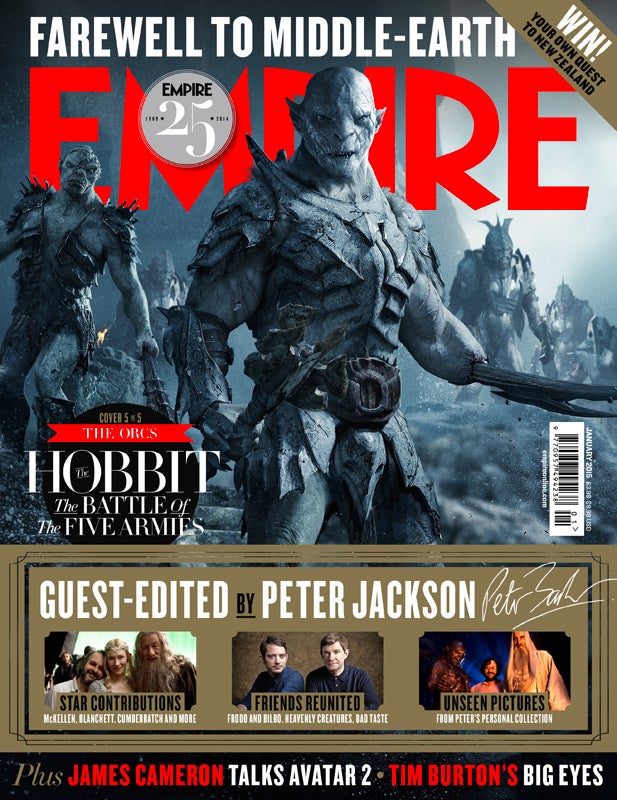 The crusty leader of the Orcs gets ready to make a mess of things with splintered army of gravely creatures. If villlainy's your thing, go for it. Or, it's a nice reminder to take a shower for the day. No ones wants to smell like Orc.

The Hobbit: The Battle of the Five Armies hits theaters on December 17th, and the Empire Covers are available on Thanksgiving Day.