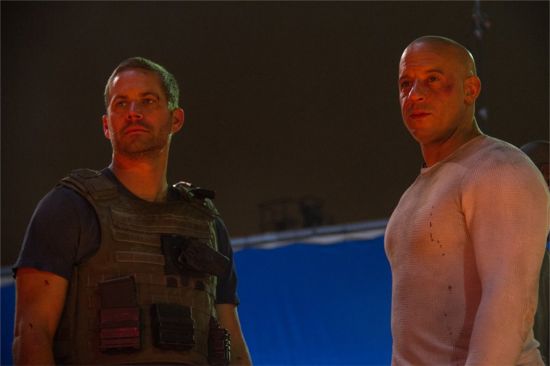 After the tragic death of Paul Walker, the production of Fast & Furious 7 was halted, and most speculated that the film would be delayed from its originally planned July 11, 2014 release date. Just a couple minutes ago, Vin Diesel confirmed via Facebook that Fast & Furious 7's release date will indeed be postponed.

Along with posting the photo above, Vin Diesel wrote, The last scene we filmed together… There was a unique sense of completion, of pride we shared… in the film we were now completing… the magic captured… and, in just how far we've come… Fast and Furious 7 will be released… April 10th 2015! P.s. He'd want you to know first…"