Robbie Amell (The Flash, The Duff) and Gillian Anderson (Hannibal) posed together for photographs on the set of Fox's The X-Files mini-series — giving us our first look at his character.

Amell, best known for playing Firestorm/Ronnie Raymond on The Flash, is playing the FBI's smart and smooth Agent Miller in The X-Files revival. Based on these photos he'll be sharing scenes with former FBI agent Dana Scully (Anderson). 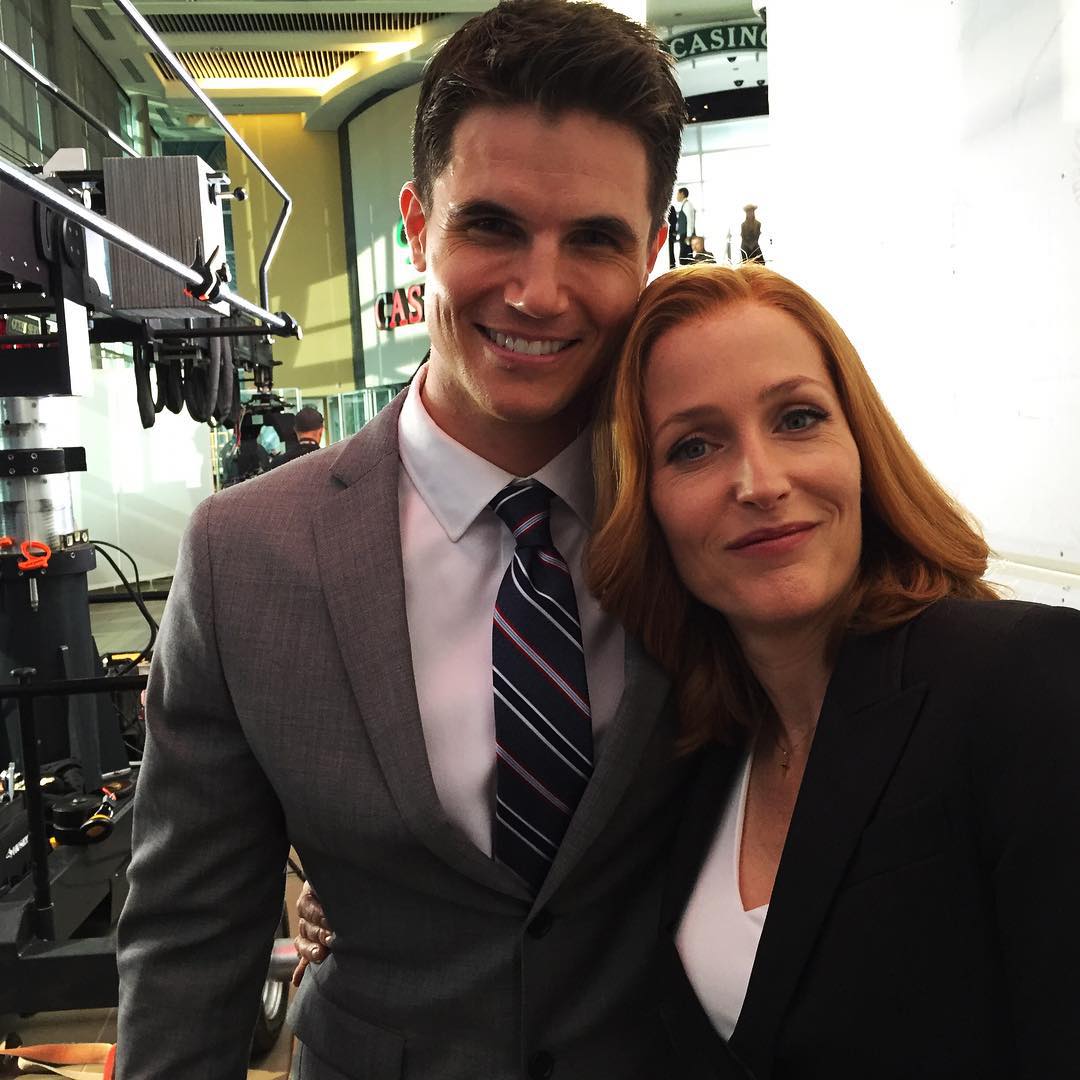 Thirteen years after the original series run, the next mind-bending chapter of THE X-FILES will be a thrilling, six-episode event series helmed by creator/executive producer Chris Carter, with stars David Duchovny and Gillian Anderson re-inhabiting their roles as iconic FBI Agents Fox Mulder and Dana Scully.

First Look At Robbie Amell's Character In The X-Files Revival

Report: WWE Introducing New Version of King of the Ring Tournament This Year

One Piece Is Headed Into Outer Space

The Last of Us TV Show Casts Anna Torv as Tess